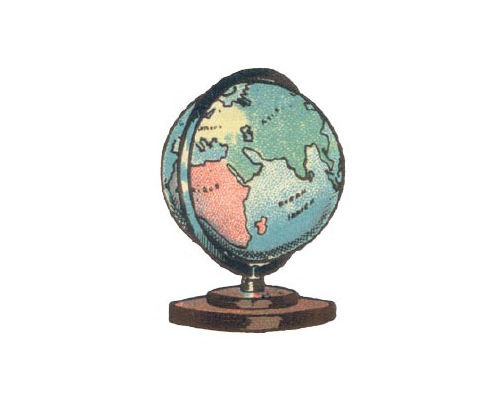 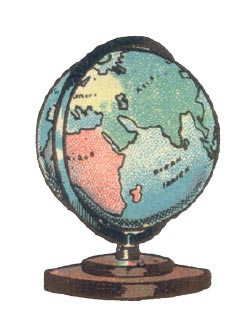 On pacific pivoting, and not wobbling into war

In her history of China since 1800, The Wobbling Pivot (2010), Professor Pamela Kyle Crossley disputes American poet and translator Ezra Pound (1885-1972) and his belief that Cathay was, classically, a study in social harmony and political stability. Indeed, far from being the “Unwobbling Pivot” viewed in Pound’s translations of Confucius (et al.), China has also pivoted – wobbled – from (among other tendencies) Mao Zedong’s rewriting of Leninist revolutionary theory to Deng Xiaoping’s rebooting of Fordist capitalist praxis.

Then again, one nation’s pivot can seem, to another, a wobble. Thus, France’s Gaullist pivot to the late Soviet Union, the East Bloc, and Maoist China in the mid-1960s could have signalled to the White House and Whitehall alike that France was a wobbly ally. For that matter, Great Britain’s pivot toward the Dominion of Canada, 1898-1948, to urge the latter’s annexation of the English-speaking Caribbean colonies was a tacit admission of the Empire’s wobbly position vis-à-vis the emergent, transatlantic superpower, the US, following triumphs in the Spanish-American War, WW1 and WW2.

To glance at the atlas and the history book is to view pivotal situations and wobbly outcomes. Thus, Turkey is pivotal to the Occident as a NATO state whose military can challenge Russian naval plays. Turkey is pivotal, too, for controlling refugee flows from the eastern Levant into southeast Europe. Plus, it is central to the bombing runs against ISIS combatants (those jihadists with iPads) in Syria, Libya and Iraq.

In contrast, Europe is extremely wobbly – waffling – on Turkey’s admission to the EU. Likely because the EU, being tacitly Christian, is a palimpsest of the Holy Roman Empire, and looks askance at accepting even a secular Muslim state as a member. Moreover, the failed recent military coup attempt in Turkey and the successful 2013 military coup in Egypt suggest that what was pivotal for coup leaders in both contexts was the de facto integration of their armies with the US military, thanks to weapons provided, training received, and bases (and biases) shared.

Too, the pretext in both cases was the same: to turf a democratically elected president for vaunting Islam over secularism, for ‘corruption’ and/or ‘autocratic behaviour.’ The result? Wobbly democracies in both Turkey and Egypt, with both being propped up by arms. (As if 2011’s ‘Arab Spring’ never happened….)

The pivotal decision of the George W. Bush US administration (2001-2009)? To invade Iraq in 2003 with the aid of the ‘Coalition of the Willing’ [echoing the title of Leni Riefenstahl’s Nazi propaganda film, Triumph of the Will (1935)]. This catastrophic blunder, undertaken in reckless disregard for facts, as opposed to suspect ‘intelligence,’ cost the lives of tens of thousands of innocent civilians, virtually bankrupted the US Treasury, and – worst of all – destabilized the Middle East (and perhaps Europe by extension).

(How pivotal – for human rights – it would be were Western leaders accused of war crimes, such as ‘B.Liar,’ also dispatched to sit, right beside indicted African despots, in glass boxes in The Hague.)

Furthermore, this foreign policy fiasco – this colossal failure of Realpolitik – has helped feed the viral candidacy for US President of the assuredly wobbly ‘Delirium Tremens.’

Never have so many been so harmed by the wobbly thinking of so few.

A century after the mid-point of the first great European – and world – war, the US, Germany, and Russia remain pivotal states, while the UK remains wobbly (as the Brexit vote confirms).

Now, China has become pivotal, and so too may India.

When the 20th century dawned, it was supposed to ‘belong to’ Canada. Well, that did not happen. Maybe this time?

In the next century, too, the African and South American continents may well become pivotal as new alliances are forged and new lynchpins found.

Unquestionably, though, nations that wish to pivot, but not to wobble, ought to ensure that their stance is on firm footing and on sound principles, lest they find themselves tripped up by booby traps of treachery or dragged down by the quicksand of unforeseen events.

In basketball – that Canuck-invented sport – the pivot is the point when a player, having recovered the ball from the sidelines, attempts to pass or shoot it to a teammate in the clear, so that the fellow player and/or others may move the ball to within striking distance of the opposing team’s net (basket).

Global strategists should heed the subtle, military bent of the metaphor, and conduct national or regional ‘pivoting’ as dexterously and as pacifically as possible, so that nation not tilt against nation, nor any region wobble into war against another.

George Elliott Clarke is the EJ Pratt Professor of Canadian Literature at the University of Toronto, and the 7th Parliamentary Poet Laureate. His newest book of poetry is called Gold.