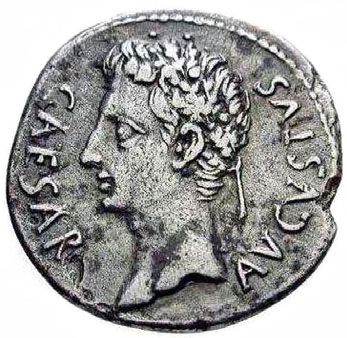 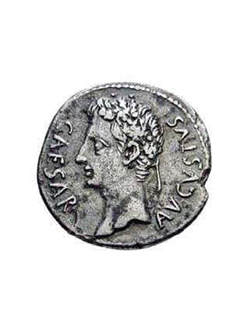 The times they are a-changin’. But for better or for worse?

Just as US President Barack Obama was peacefully ceding his office to the incoming, blustering, President Donald Trump on January 20th, 2017, West African troops were invading The Gambia to depose President Yahya Jammeh, who had lost his nation’s December 2016 election. The action was mandated because Jammeh had refused to step aside for his elected successor, Adama Barrow, who had to be sworn in as Gambia’s president – in Senegal.

But shifts in power almost always expose raw nerves and/or bleeding hearts, and can spur on megaphone sloganeering (propaganda) that can then degenerate into real horrors: assassinations, civil wars, coups, crises, destabilizations, etc.

And so it has always been.

Recall Julius Caesar’s ‘whacking’ via literal backstabbing in 44 BCE. Immediately, civil strife wracked the Roman Republic. Its rebirth as the Roman Empire only happened once the slain Caesar’s designated heir, Augustus, crushed all rivals and crowned himself emperor.

Then again, despots face mortal danger in passing on command. Few die naturally, still fewer get to retire at liberty and pen memoirs, and even fewer get to choose their successors.

Thus, as quickly as Mao Zedong, skipper of the People’s Republic of China, entered his mausoleum in 1976, the hitherto much maligned ‘capitalist roaders’ seized command, and rebooted the nation to serve as the cheap-labour manufacturer for the consumerist West. Mao’s actual devotees got demonized as ‘The Gang of Four,’ blamed for the turmoil of The Great Proletarian Cultural Revolution (1966-1976), and jailed.

Yep, that is terrible, but at least they did not end up with icepicks in their brains. Such was Leon Trotsky’s fate, however, having lost a power struggle with Joseph Stalin, after the latter took control of the still-new Union of Soviet Socialist Republics following the 1924 demise of its founder, Vladimir Lenin.

In contrast, when Fidel Castro, leader of revolutionary Cuba, withdrew from its presidency in 2008, he was able to hand power – laterally – to his brother, Raul. Family ties proved critical in establishing succession.

Democracies do better at changing leaders, but even here there are snags. When US President John F. Kennedy took over from Dwight Eisenhower in 1961, he inherited – and then actualized – a disastrous plan to invade Cuba. He lost face; others lost their lives.

To go from authoritarianism to democracy ain’t easy either. Example one is Myanmar’s kid-glove moves to curb the military’s self-asserted, overseer role and so assure Nobel Peace Prize Laureate Aung San Suu Kyi of the tacit ability to govern without feeling guns aimed at her head.

Though the Turkish rebels who undertook the gambit argued that they were defending civil society against Islamists, their defeat gave Erdogan a reason to purge and/or imprison thousands. The debacle of the Turkish putsch had the same effect, ironically, as the successful putsch in Egypt in 2013: increased repression and democracy at risk.

The most stable form of government allowing for orderly transitions is monarchical – especially constitutional monarchies. Even so, the monarch had best be enlightened, willing to be mainly merely a figurehead, lest he or she end up before a firing squad or being slid under a guillotine.

Certainly, Louis XVI was guillotined in 1793 as the French Revolution unfurled, finding it necessary to transition through terrorism to attain Liberté, Égalité, Fraternité.

Revolution entails generally a policy of ‘emancipation’ via extermination of alleged enemies, and as was true for the fledgling USA (Patriots cannonading Loyalists), so was it true for Haiti, Russia, Cuba and so on, right on down to Cambodia and Iran.

Violent liberations tend to falter, sadly. So, though the Civil War ended American slavery in 1865, the transition to ‘freedom’ for African Americans took, really, a century to be realized. In the meantime, the ex-master-race organized white-hooded and/or police-badged terror, presided over viciously enforced segregation, and lynched thousands of ex-slaves and their descendants all the way up to JFK’s administration.

The challenge of transitions is maybe best summed up by Nobel Literature Prize Laureate Bob Dylan, who sang, at the dawn of the radical 1960s, “the times they are a-changin’.” For sure. But for better or for worse, and for whose benefit and at what cost?

George Elliott Clarke is the Poet Laureate of Canada. His newest book is Canticles I (MMXVI), an epic poem exploring slavery and resistance, imperialism and rebellion.

The Decline of Transparency. Is the World Becoming More Opaque?
GEOFF MULGAN February 11, 2022

The Decline of Transparency. Is the World Becoming More Opaque?