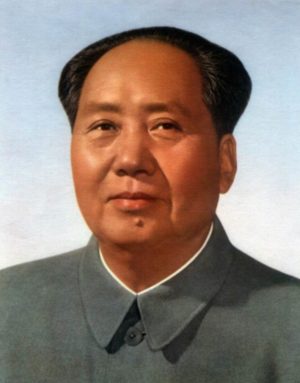 Although term suggests definition, determination, rule-setting and time limits, it is not necessarily terminal, for chance events and charismatic personalities can redefine once-useful terminology to mirror drastic shifts in circumstances. Ah, the word is perilously slippery.

Thirty years ago, when the Berlin Wall fell, a ‘New World Order’ arose, whose standard was meant to be ‘Prosperity-for-all’ (not Democracy), to be achieved via state deregulation of finance capital (but not labour); outsourcing of manufacturing (and pollution) to ‘developing’ nations (especially China); and the erection of new global trade – plus police/surveillance – regimes.

Citizens now had two roles: to be either apolitical consumers or ‘radicalized’ suspects (dissidents, ‘terrorists,’ etc.), with suspicion shifting only as one libertarian (anarcho-capitalist) or statist (regulatory and tax-and-spend) ideology held fraught sway over the other.

This model served to heap wealth upon the upper half, Caucasian-dominated globe. Western (white) governments also felt empowered to dictate who could stockpile Weapons of Mass Destruction; who could join the G7, then the G8 and the G20; and who was rogue.

The untrustworthy turned out to be, usually, people of colour. (See Turkey: trusted enough for NATO, but too swarthy and Muslim for the EU.)

African, Arab and Asian nations were second-best and, at worst, deadweights – a drag on ‘Progress,’ sponsors of ‘Terror,’ ‘failed-states’ and ‘sh-t-holes,’ except for those nations that harmonized demonstrably with Western interests, or that had lots of hydrocarbons (dead and decayed dinosaurs) to market, or that joined the nuclear club (Pakistan and India) before they could be threatened with war (North Korea and Iran), or that were in fact blasted to smithereens (Iraq).

But this New World Order term-setting also had terminal faults. First, as developing nations accepted the West’s cast-off factories – and garbage (literally) – so too did their economies expand, thanks to actual production, whereas the ye olde Christian states began to rely increasingly on consumer credit, real-estate speculation, ‘casino capitalism’ (or simple fraud), for ‘growth.’

So declared old-fashioned, Maoist propaganda: America was ‘a paper tiger.’ But in comparison with the Four Tigers (Hong Kong, Singapore, South Korea, Taiwan) and the PRC, in terms of a gold-standard versus a smoke-and-mirrors currency, America has indeed been becoming a ‘paper tiger’ – if with rust-belt stripes.

This hollowing out of industry, the gone-liquidity apocalypse of 2007-2008, along with foolhardy, bankrupting adventures in the Middle East (term-setting exercises for that region) helped to beggar (and bloody) enough of the American working-class to prompt their election of an unapologetic, America-First imperialist.

But the wanton 2011 NATO bombing of Libya, the criminal invasion of Iraq, the short-circuiting of Arab Spring liberalizations, the feckless imping of civil wars (plural) in Syria, all helped to destabilize the Middle East, foster a sadistic ‘caliphate’ that truly did export terrorism, and create a world-encompassing refugee emergency in the Mediterranean.

In turn, that crisis has served to propel the rise of Fascism-lite, anti-immigrant, populist parties across Europe, helping to exit Britain from the EU, and weaken the continent’s once-dominant, liberal – not libertarian – ideology.

Concurrently, the revived, British-imperial, Victorian strategy of Russian containment, which has bordered that state with NATO members, their missiles aimed at the Kremlin, only served to coax Putin to annex Crimea and, in revenge, for Western meddling on his frontiers, to seek to divide Western ‘democracies’ (those police-state plutocracies that too often betray their own founding principles).

But Nature abhors a vacuum, and out of the vacuous warmongering and self-vitiating economics of the North/West, there is rising, in its stead, China, still possessing an industrial base and a treasury of valuable renminbi, and thus the ability to intervene economically, diplomatically and militarily, wherever it sees its interests as paramount.

To adapt a quotation from Chairman Mao, “To behave like ‘a blindfolded man catching sparrows,’ or ‘a blind man groping for fish,’ to be crude and careless, to indulge in verbiage, to rest content with a smattering of knowledge” – such is the vain and vulgar foreign policy of nations in decline.

Some 53 years ago, in his Autobiography, the African-American, Muslim public intellectual Malcolm X declared that the world languages of the future would be Arabic and Chinese. In his book, Leaders, Richard Nixon predicted, over 35 years ago, that China would overtake the US.

The time for mastering Arabic terminology is not yet, but the time for Chinese term-setting and terms-of-engagement seems nigh.

George Elliott Clarke is the 7th Parliamentary (Canadian) Poet Laureate (2016-2017) and Professor of Canadian Literature at the University of Toronto. His latest book is The Merchant of Venice (Retried).

Is the Arab Spring Over?