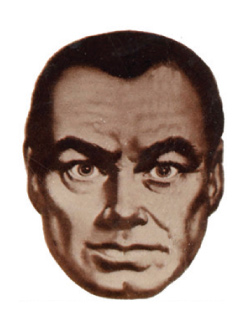 From More to Machiavelli, Rand, Orwell and, through Swift, back

However, there can be no “renaissancism” (to use literary theorist Houston Baker’s neologism) – no rewiring of socioeconomics and politics – without, simultaneously, the re-imagination of what a Just Society (I quote the late Canuck statesman Pierre Elliott Trudeau) could be and/or should be.

There can be no social progress without proposals to achieve ‘Utopia.’

It cannot be a world in which women and girls are kept deliberately ignorant, so that they can never ask for more than the one percent share of global wealth they currently hold.

Nor can it be a globe in which the terrorist – that heady combo of anarchist and vigilante – enacts regimes of arson, assassination, kidnapping, massacres (paraded as executions), rape, and weapons-training-as-welfare.

Francis Fukuyama’s “End of History” screed (1989) expressed his pretentious belief that, because everyone desires DVDs, few shall desire to right the wrongs of History.

The crumbling of the Berlin Wall necessitated a ‘New World Order.’ Really? Who still credits that Moloch has displaced Machiavelli, though Mammon has dethroned Marx? Surely, the Utopian vision driving global political economy is that of Ayn Rand (1905-1982), whose Objectivist, ‘Libertarian’ (Sadean) notions of individual rights-to-happiness, buttressed by laissez-faire capitalism, license epic Greed and apocalyptic Fraud.

Rand-inspired deregulation of financial institutions has wrought mass bankruptcies, wealth transfer from publics to plutocrats, and the 2007-2008 onset of the Global Financial Crisis. Revival of what is, veritably, gangsta capitalism has collapsed economies – from Iceland to Cyprus – and almost destroyed Finance itself. Only public bailouts and central bank interest cuts – Keynes redux – resuscitated Credit.

The persecution of Edward Snowden and – perhaps – Julian Assange proves the extent to which governments and their corporate allies compile as much information as they can about purportedly private citizens (i.e. ‘consumers’) and, of course, each other. Combine this intensive snooping with the bloodthirsty ‘War on Terror,’ and with the shock-and-awe tactics of terrorists (Islamist or narco-state agents and/or surrogates), and with the division of the world into three blocs headed by America, Germany and China, and what does one have? The answer: 1984, just 31 years late.

The major difference between Orwell and our Common Era is that he prophesied three intercontinental, socialist entities, urged on by fickle and cynical propaganda, battling each other endlessly. Our shifty combatants are, instead, capitalist, and do not – praise God – shoot at each other; still, they do ship arms and advisers to their supplicants, whether Mexico wracked by drug cartels or Nigeria raped by Boko Haram.

One ‘modest solution’ (cf. Jonathan Swift) to ameliorate this global plutocracy is the internment of the super-rich, their bank accounts intact, on an island conducive to agriculture, but all imports disallowed, where they may either strive to enslave each other or work collectively to feed, clothe, and house each other.

If that is too drastic a measure, then governments must close tax havens and tax loopholes and invest in ‘people’s infrastructure,’ including a liveable minimum wage.

Even then, regrettably, we will only be getting back to the Enlightenment: more Rousseau, maybe, and much less Rand.

George Elliott Clarke is the E.J. Pratt Professor of Canadian Literature at the University of Toronto, and the Poet Laureate of Toronto, 2012-2015. His newest book of poetry is Traverse (Toronto: Exile Editions, 2014), an autobiographical poem.