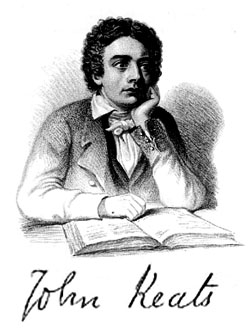 How our humanity (or our future) is distressingly contingent on context

“To betray philosophy is the gentle treason / of poets,” says Derek Walcott, the St. Lucian-born Nobel Laureate in Literature, in his poem, “XII.” His infinitive possesses a subtlety, for “betray” can mean to double-cross, yes, or it can mean to “inadvertently reveal.” So the actual “gentle treason” of poets is to pen a discreet philosophy.

Poets do suggest philosophical ideas. Thus, the English Romantic poet John Keats opines, famously, “Beauty is truth, truth beauty.” That line from his “Ode on a Grecian Urn” is multifaceted enough to justify a thousand schools of aesthetics, from catwalk Gothicism to architectural minimalism, from Jackie Kennedy’s wardrobe and White House to JFK’s promotion of the Green Berets and co-design of the livery of the jet-age Air Force One.

For that matter, aesthetics can inform sadism as much as it informs bodybuilding. Recall the photographs of Iraqis abused and tortured at Abu Ghraib prison a decade ago, and the ways in which their American captors posed them, like male Barbies, for ‘ironic,’ but gruesome effect. ‘Baconesque,’ one might say.

Then again, the staging of crime scenes has been a staple of modern crime since Jack the Ripper conducted his Whitechapel of London outrages. A grisly Cubism gets enacted.

In practice, then, “Beauty is truth, [and] truth beauty,” is an insight that can back almost any policy or programme, or call to action or call to arms (if a leader can argue that desecration or dishonour ‘threatens’ the nation).

Campaigns for national ‘redemption’ and/or ‘hygiene’ can rely on the same verse. Thus, Martin Luther King could make colour-blind civil rights a moral crusade and use ‘non-violence’ to bear witness to the virtue of his cause. But so could the government of Alberta, between 1928 and 1972, pursue compulsory sterilization of targeted citizens in the name of eugenics.

Still, we cannot hold Keats ‘accountable’ (a favourite word of today’s global political and economic classes) for the misapplication or misinterpretation of a brilliant aphorism that also combines two abstract nouns of inexhaustible meaning.

To say “Beauty is truth” is about as definable as to say “War on Terror.” And if one can be invoked to explicate the Chinese artist Ai Weiwei, the other descriptor is in fact employed to support wet-job assassinations and worldwide surveillance.

(Come to think of it, in our time, the pseudo-Russian citizen Edward Snowden has demonstrated the force of Keats’ thought – “Beauty is truth” – by alerting all that Uncle Sam had morphed into a digital Big Brother.)

As compelling as is Keats’ accidentally Machiavellian aesthetic, his English Romantic comrade Lord Byron provides a definition of history that is consummate: it is “the Devil’s scripture.”

Jotted down in his “Vision of Judgment,” an acidic, satirical rejoinder to the poet Robert Southey’s sycophantic paean to the dead George III, Byron’s phrase is less abstract than Keats’ line, for it does allow for the symbolic – “Devil’s scripture” – to tease our imaginations.

Indeed, given the several millennia of written records that we may research, Byron’s supposition is arguably more verifiable than is that of Keats. No matter what our choice of clime or culture or chronicle, we are certain to find the Devil at work (or play); if not literally, then almost always ‘in the details’ of an event or in ‘the fine print’ and footnotes of historians themselves.

Yet, even the most self-consciously sophisticated and civil polities can lapse into barbarism, which is the likely point of the popular zombie films and “Walking Dead” TV series: that our humanity is distressingly contingent on context.

In this sense, the oft-cited ‘lessons of history’ are not necessarily convincing, for they depend too much on too-fallible ‘teachers.’ Thus, when ‘we the people’ of the planet are lectured that one government is ‘evil’ and that another must be ‘punished,’ it is prudent to question the ‘teachers’ about their own ability to make moral judgments that are not hypocritical or cynical.

For instance, the historical ‘lesson’ of dealing with a dictator’s stockpiles of noxious weapons is not only that Chamberlain-style ‘appeasement’ fails, but also that governments sometimes seize on spurious casus belli that okay even worse bloodshed and greater grief. The real lesson is not that ‘doing nothing’ is wrong, but that reckless decisions can misfire.

The American historian James Joll said it best: “The tragedy of all political action is that some problems have no solution; none of the alternatives are intellectually consistent or morally uncompromising; and whatever decision is taken will harm somebody.”

History is the Devil that we must know well. 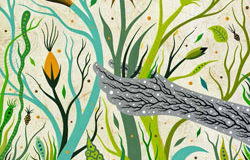