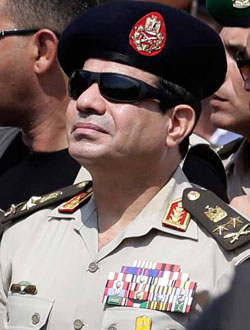 …have moved much closer toward its target of establishing a truly democratic regime. The military will have stepped down and passed on the governance of the country to a civilian government. A referendum will have been organized on a newly drafted constitution. Free and fair presidential and parliamentary elections will have been held. There will have been no manipulation of religion to try to sway citizens’ votes one way or the other.

The Egyptian parliament will, by 2020, have fair representation of all groups in society. Women will represent at least 30 percent of its sitting members. These sitting members will include members of the young generation that spearheaded the 2011 Revolution, as well as representatives of different minority groups.

In the Egypt of 2020, no Egyptian will ask another Egyptian about his or her religion, as Egyptians will increasingly recognize that one’s religion is a personal choice and private concern. A government of highly committed, qualified and public service-oriented technocrats who are well versed in the inevitable overlap between politics and administration will rule the country. Security will have been solidly established. People will feel safe once more on the streets.

Foreign direct investment will start flowing in, and the tourism sector will again flourish. Education will be at the top of the government’s agenda. There will be true investments made in the cultural development of new generations, with maximum focus placed on access to knowledge through new information and communication technologies. Rote learning will be removed from the schools. Critical thinking and creativity will be the main outcomes of this new pedagogical process.

Public health services will be much improved. Sustainable development – capitalizing on Egypt’s plentiful new and renewable energy resources, especially solar and wind energy – will be the norm. And, to be sure, Egypt’s traditionally overstaffed bureaucracy will long have been restructured and injected with fresh, highly qualified catalysts for change.

Citizens will be able to regularly hold their governments accountable. Laws will be respected. Human rights will be violated neither in police stations nor in military courts. Quality of life for Egyptian citizens will have substantially improved. Poverty will have been reduced, and Egyptians will feel dignified and much happier. Egypt will be on the right path to development and prosperity. And I shall wake up from my dream.”

…be something that is genuinely impossible to predict – that is, if we have learned anything from the past two and a half years. In fact, the country is becoming increasingly difficult to predict even a single week ahead in these particularly tumultuous and complex times. Many now adopt the fully pessimistic expectation, following the ouster of President Morsi and the subsequent crackdown on the Brotherhood, that the Mubarak era is coming back in full force. Alternatively, supporters of the current political state of affairs are promising the most democratic and progressive Egypt ever. Others are projecting that Egypt – at least in the next few years – will be a cross between the more open Egypt of 2011-2012 and the still strongly controlled Egypt of the last few years of Mubarak’s reign. The fact is that the sheer volume and volatility of the elements that currently comprise the ‘Egyptian equation’ make many competing futures possible.

In today’s Egypt, the revolutionary camp is divided. The embattled Brotherhood (and its allies) will likely prove impossible to fully isolate on a political level. And the country’s largest Salafi (and all-round second largest) party, Al Nour, is torn between the pragmatic line necessary for its survival in the current political atmosphere and the conservative base that is largely sympathetic to the plight of Morsi and the Islamists – a base that can only accept so much ideological and political pragmatism. There is a new administration that wishes to tighten its grip on the country and the Brotherhood, but also knows that the entire official premise of the Morsi ouster was the protection of democracy against the Brotherhood’s increasingly autocratic drive. That administration still recognizes and officially endorses the January 2011 revolution against Mubarak’s dictatorship.

Much of the country’s liberal, nationalist and leftist political forces have remained largely within the prevalent political line since June 30th (first day of the huge national protests that led to the ouster of Morsi). However, a growing number of these forces are beginning to show discomfort with the excesses of the post-July 3rd phase (the phase following the July 3rd coup that removed Morsi from power), and are expressing fears concerning any return of Mubarak’s police state.

Egypt’s civil society, for its part, might still be facing uphill challenges. It has thus far proven to be quite resilient. Indeed, while the experiences of the past two and a half years might have strongly exhausted the Egyptian public, they have also given it knowledge, autonomy and self-empowerment. Egyptians, more than ever, want accountable governments that can deliver.

Nevertheless, there is clearly a great deal about which to worry right now in Egypt, and predicting the near future is becoming increasingly futile.”

» Bassem Sabry is an Egyptian political commentator and consultant.

…witness ongoing reshuffling of political alliances. The emergence of new states and autonomous ruling districts will strip Egypt of its historical status as a pivotal player in the Arab world.

The coming years will demonstrate to the youth who invaded both Tahrir and Rabi’ah Al Adawiyah squares that democracy cannot be simply earned through the overthrow of an authoritarian regime, and cannot be restored or promised by coup. Such hard-earned lessons will turn Egyptians toward the seemingly inconceivable: an overture toward Mubarak’s family – mainly Gamal Mubarak – and some species of redemption and new role for the Muslim Brotherhood.

Like most predominantly Islamic countries, Egypt will witness a remarkable increase in its birth rate, which will insinuate additional burdens on an already dilapidated economy. The expanding insecurity and instability in North Africa and the sprouting new pattern of hostilities orchestrated by the Al Shabab movement in the Horn – especially Kenya – will pull the whole region into a fracas without end. This will hamper the recovery of the tourism sector in Egypt, cast shadows on the productivity of the oil sector, and hinder foreign investments from flowing into local markets. The high unemployment rate will create a favourable environment for the growth of radical Islamic insurgency movements in the Sinai Peninsula and other remote areas neighbouring the Sudanese and Libyan borders.

Relocating its drone fleet from Camp Lemonnier in Djibouti will not force the US administration to curtail its strikes against alleged Al Qaeda senior members in northeast Egypt – tacitly motivated by the need to defend Israel’s strategic interests in the region. Egypt’s military, for its part, will not be exempted from the people’s rage. Nevertheless, the effective insulation of General Abdel Fattah Al Sisi from the public and the waiving of a few military economic and political privileges will likely be enough to bridge the gap between the masses and Egypt’s most historically significant institution – the military.”

» Wissam Syriany is a Lebanese blogger. The views expressed herein are the author’s alone.

Whither the Iran Deal Post-US Withdrawal?

“The events in Turkey… 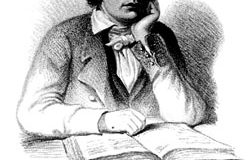