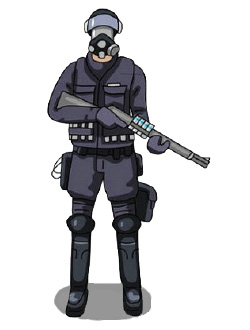 Legitimacy loves the art of persuasion

In their conclaves in various enclaves (‘think tanks’ and spas), military strategists and policy wonks promote ‘force projection’ and/or ‘brute force’ – so as to obtain diplomatic purchase on some ‘posture’ or ‘front.’ An aircraft carrier here, a drone strike there, and peace and security, or trade and markets, are won – or so the ‘forceful’ gamble.

Thus, China – the new banker and workforce to the world – has a yen to apply a Yankee-style Monroe Doctrine to its bordering seas and airspace, and directs its fleet and scrambles its jets to escort ‘interlopers.’ “Tut-tut,” cries the US, and “No, no,” says Japan. But neither party cares to recall the 1860 Anglo-French Expedition to Imperial China – an exercise in ‘force projection’ – to coerce Cathay to accept French, British and American trade and British-supplied opium, and permit the export of its citizens as ‘coolie’ labour. Rank gunboat diplomacy it was, and served to push China into a century of poverty, starvation, actual invasion (by Imperial Japan) and civil war, resolved by rebellions and revolution and, ultimately, governance by Scotch-sipping ‘Maoists.’

This account of current ‘force projection’ answering past ‘force projection’ is just one instance among countless multitudes. But the threat – or application – of brute force is not only an international experience. Domestically, too, governments seek to bully citizens. The fatal shooting in 1970 of anti-Vietnam War protesters at Kent State University in the US is one example. In 2010, in Toronto, forces deployed during the G20 Summit staged a ‘police Pride Parade,’ flexing leather and flashing chrome as they corralled moms and pops and babes-in-strollers, jailed many for shouting slogans, and others for walking down the wrong side of a street at the wrong time. Some constables even removed their nametags to make it more difficult for them to face prosecution. Following this affront to Canadian democracy, crocodile-tear regret was intoned. Yet, the police action was likely no aberration; arguably, it was rational – a real effort to cow the populace: to teach it that, contrary to the 1960s slogan, the people have no power.

Deadlier events have unfolded in Egypt and now in Ukraine, with different governments, for different reasons, and allied with different ‘foreign interests,’ having conducted massacres of civilian protesters to communicate the same pointed message heard less violently in Canada: Dissent at your own risk – if not of life and limb, then certainly of liberty.

Yet, a vicious irony afflicts most attempts at ‘forcefulness’; it almost always camouflages fundamental, ideological weakness. Police and soldiers are set loose – like two-legged pit bulls – upon protesters, whose upraised fists are met with bullets, water cannon, tear gas, or all of the above. Cruelty is employed to offset the illegitimacy of the government – or the unpopularity of its policies. Beleaguered governors cast their opposition as ‘terrorists,’ but such folks often possess no arms – save stones, bricks, and/or Molotov cocktails – to contest the august Terror that the State may inflict, dispatching foes to gulags, Gitmos, and graves.

The effective counter to irresponsible force or illegitimate governance is, as History has shown us, the massing of citizens around an ideal or a vision that dissolves State ‘resolve’ like ice on a summer sidewalk. Thus, mass movements have toppled potentates in Egypt and Ukraine, and, in decades past, swept away dictators in Iran, Nicaragua, and Romania. The single irresistible force in politics is the mass popular will, expressed via rallies or at the ballot box or through boycotts or, now and then, the storming of a Bastille and the beheading of a ‘royal’ or two.

Governors should always prefer persuasion to force. Persuasion suggests that the government believes in the rightness of its proposals. Force suggests that it doubts its own propositions. Democracy demands a constant commitment to fair and fearless debate – not police on every street corner and spies at every ISP address.

The temptation to muzzle dissent by literally shooting down opponents is perhaps greatest in a global economy and an Internet-connected polity. Because only some ideas are deemed correct (open markets, targeted assassinations, mass incarceration, limited public spending, corporate stewardship, and total surveillance – itself a stealth war against free speech), governments attempt to stymie the people by denying them access to information, including objective, scientific research.

The solution to the anti-democratic ‘displays of force’ and belligerence now prevalent, even in liberal societies, is a pronouncedly activist citizenry, demanding access to facts, public ownership of broadcasting and key industries, rigid environmental standards, civilian oversight of police, progressive taxation, mass education up to and including post-secondary institutions, and public spending of renminbi – i.e. ‘the people’s money’ – on projects serving the public good. Oh yes, and the strict regulation of finance so as to avoid the profligate theft of public – or private – resources to satisfy insatiable, private greed.

George Elliott Clarke is the William Lyon Mackenzie King Visiting Chair in Canadian Studies at Harvard University, and the Poet Laureate of Toronto, Canada. His newest book of poetry is Lasso the Wind: Aurélia’s Verses and Other Poems.