Speak Up about Egypt

Speak Up about Egypt

Since July 3, when the Egyptian military overthrew the elected government of Mohamed Morsi, the United States has said almost nothing. President Barack Obama and his advisors have called for calm, non-violence, and elections, but the new leaders in Cairo have ignored these cautious and formulaic warnings. In the last two weeks the Egyptian military has fired upon unarmed protesters, killed opponents, and restricted basic freedoms. They have implemented a harsh and arbitrary regime of martial law. It now even looks like they are planning to release the deposed dictator, Hosni Mubarak, from prison. Violent military repression in Egypt has turned the bright new hopes of the Arab Spring into a familiar nightmare of Middle East tyranny.

To be fair, the Egyptian military reacted against an elected government that sought its own repressive control over Egyptian society. President Morsi used his position to empower figures from the Muslim Brotherhood and eliminate opportunities for other parties and groups. He monopolized state resources for supporters. He locked democratic, intellectual, and entrepreneurial groups out of power. These groups eventually took to the streets this summer, as they had two years before, bringing down the new dictator who had replaced the old dictator.

President Obama was probably wise in early July when he addressed this situation with reserve and caution. The Egyptian military took power in a coup, but they had an opportunity to channel the energy in the streets toward a series of responsible reforms, including: less arbitrary police power, more popular representation in government, and a serious process of democratic constitution writing. The United States, the European Union, and other foreign observers wanted to support these reforms, and they were willing to work with the Egyptian military, despite the coup.

That sensible strategy of collaboration has back-fired. The Egyptian military has obviously concluded that it has a blank check to increase its power, eliminate its opponents, and determine the political future of the country. They have turned their backs on reform in what is now a counter-revolution against the Arab Spring.

American leverage is very limited in Egypt. We are simply too far away and our substantial $1.3 billion in military aid is replaceable, in the short-run, by cash offered from Saudi Arabia. There is, unfortunately, no democratic angel or Egyptian Nelson Mandela waiting in the wings to save the day if we simply find him and empower him. Egypt is stuck in something closer to a civil war: with the military on one side, the Muslim Brotherhood on the other, and most citizens caught in the cross-fire.

This grim reality is what makes American foreign policy leadership so crucial, and so frustratingly absent today. The United States cannot control outcomes in Egypt (or Syria or Iran), but it still has many options for influence. The European Union, India, Japan, Brazil, Australia, Canada, and other major countries share the American desire to see an end to military repression in Egypt. The United States should take a leadership role in organizing a common, multinational, forthright denunciation of the obvious brutality. As a group, these countries should not cut off ties with Cairo, but they should begin to penalize the Egyptian military regime with targeted sanctions on access to aid, technology, foreign bank accounts, and even travel. The military leaders in Cairo should recognize that there are clear costs to their behavior. The costs can be reversed when the regime acts with more responsibility, openness, and fairness.

At first, measures of this kind are likely to inspire more stubborn repression from present Egyptian leaders. No strongman wants to look like he is buckling before international pressures. Pretty quickly, however, a broad and multinational set of sanctions will create serious pain in an already very weak economy. For a regime that is not firmly entrenched and faces strong domestic opposition, the pain of sanctions will raise many doubts. The promise of removing sanctions will encourage more serious consideration for returning to the path of reform.

Multinational, calibrated sanctions do not offer quick fixes. Although the politics are difficult and the results are long in coming, they do offer some hope. They have worked to reverse policies in countries as diverse as the Soviet Union, South Africa, Myanmar, and perhaps Iran most recently. Above all, multilateral sanctions encourage courageous citizen activists (and there are many in Egypt today) to keep fighting, knowing they have support from the international community.

If the United States stays silent, the real reformers in Egypt will think that we have given up. If the United States stays silent, the Egyptian military will continue to believe it can act with impunity. The time has come for President Obama to speak forthrightly about the military crimes in Egypt, and mobilize the international community to begin sanctioning continuing violence. This is the best of bad options. It is the only remaining opportunity to keep the dream of a true Arab Spring alive.

The opinions expressed in this blog are personal and do not necessarily reflect the views of either Global Brief or the Glendon School of Public and International Affairs. 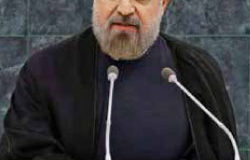