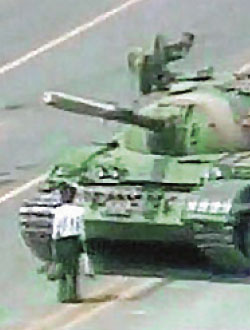 Great men and women debunked, but passing and accidental heroes are here to stay

The idea of an individual is paradoxical, like Wittgenstein’s famous duck-rabbit parable: look at a diagram one way and it’s a duck, tilt the paper and it’s a rabbit. Or it trembles, to use Jacques Derrida’s felicitous verb. Individual/anonymous. We strut our individuality, but we are haunted by images of the beehive and the anthill, where the individual is subsumed under the sign of the collective. Are we simply carriers of genes – worker bees in a hive? Is civilization merely an accumulation of minute anonymous gestures by replaceable minions? Or are we individuals with a particular claim on the infinite – infinitely precious (to a superior being, perhaps), with a will and the power to create and alter forever the course of history?

In the cynical view, one has to be noticed – by history, by the media – to be an individual. A hiker finds a frozen corpse at the edge of an Alpine glacier and suddenly, out of the anonymous eons, an individual appears – Ötzi the Iceman. Archaeologists digging in a cellar in the early American settlement of Jamestown find an awkwardly butchered corpse and suddenly, of the myriad nameless, faceless dead, a 14-year-old girl now called Jane appears, saved from anonymity by the happenstance of excavation. But in such cases the accent of individuality is contingent, haphazard; corpses survive and are rediscovered; the individual exists only in the celebrity of chance.

Out of the fevered legions, once in a while, a face emerges: someone seems to stand for a moment against the current, like a rock in the stream. The vectors change, whirling onward in some other direction, or not. Sometimes the rock is overwhelmed and carried away. The ‘great’ men and women of history come to mind: Alexander, Caesar, Hitler, Napoleon, Queen Elizabeth, Lincoln, Genghis Khan, Chairman Mao. Rattle them off. Even today, Angela Merkel, Xi Jinping, Vladimir Putin. All individuals, fascinating – markers of epochs. But it is difficult to see them as ordinary individuals without the trappings of power – the accumulation of events they seemed to shepherd.

More compelling are the powerless – the truly anonymous or near anonymous, who seem to act alone, without the trappings of institution. The epitome of this is the haunting moment in 1989 when an unidentified Chinese civilian stepped in front of a column of tanks on Chang’an Avenue in Beijing and briefly stopped their inexorable progress.

Think of Mohamed Bouazizi, the young Tunisian street vendor who set himself afire in December, 2010, and precipitated a revolution, now called the Arab Spring, still burning its way across the Middle East. Think of little Ruby Bridges, the African-American girl who marched into the William Frantz Elementary School in New Orleans in 1960 and altered the course of the American civil rights movement. Think of Nelson Mandela in his solitary cell on Robben Island, or Aung San Suu Kyi defying the resolute generals in Myanmar through 15 years of house arrest.

These examples seem heartening next to the unnumbered corpses in acid drums left by Mexican drug cartels, or the hundreds of unpublicized (thus anonymous) Tibetan self-immolations, or the millions (an anonymous accumulation) in the European death-camp ashpits. It’s comforting to think that an individual can make a glorious stand and a difference, and not just a pathetic mess like the hapless Gavrilo Princip on the eve of WW1.

Celebrity is individuality without a soul. A celebrity is an individual become object of desire, become desired because he is desired – superficial; an aura, perhaps; the neon glow of being known for being known. But mass recognition has very little to do with one’s sense of oneself as an individual. It begs the question: does the individual change the current of history, or does the commentator, the media, the historian? This is a question of angle and rhetoric.

Ruby Bridges was one of six African-American students who went to school that day. When Mohamed Bouazizi made a torch of himself, the Islamic world from Iran to Algeria was already aboil with unrest of one sort or another. And all those Tibetan burnings go, sadly, almost unnoticed. The great man theory of history has been debunked, and the so-called heroes of the media can, with frightening speed, become unfashionable, forgotten and anonymous. 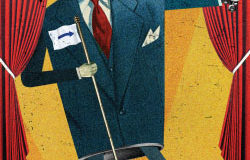