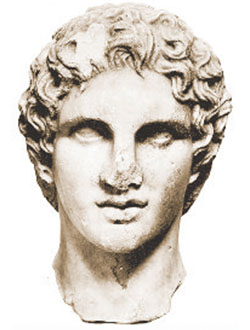 Between identity and difference, the impulse for identity has proven more destructive

Two principles rule in human affairs: identity and difference. We yearn for home, comfort and familiarity (self, family, tribe, city, country, language, culture), and yet we are always engaging with difference (through simple curiosity – one of the most endearing human traits – or need, or love, which is the aesthetic attraction). This sets up a paradoxical oscillation between paranoia (excessive fear of pollution coming from outside) and schizophrenia (an inability to distinguish self from other; all messages are the same).

Moats and bridges are perhaps unhappy metaphors for thinking about inter-state relations –except that, of course, that is the way in which we tend to think of them. We are always digging moats, and simultaneously building bridges to get over them. This begs the question: why dig the moat in the first place?

It is indeed strange that in an age in which the concept of the individual as a philosophical entity dwindles to a spectral absence, we find ourselves – as states – in paroxysmal identity crises. We deploy fences, security cameras, drones, radar and digital monitoring to guard against the influx of the alien – that is, to guard against improperly processed immigration. This is a complete turnabout for, say, America, which has long prided itself on accepting the poor and outcast of Europe, along with manual labourers from China and slaves from Africa.

These moats, excavated between country and country, between first world and third, between opposing ideologies, between Israeli and Palestinian, between Asian and Westerner, offer a nostalgic fantasy of security and purity prefigured in the Old Testament, where the Hebrews conquer the Promised Land and immediately begin to obsess about ritual difference and contamination by followers of Baal in their midst. We are mired, it seems, in an ancient and antiquated concept of identity that is fearful, suspicious and even, yes, paranoid – one that prioritizes protection (moats) from foreign contagion (illegal immigrants, refugees, ambiguous foreign workers, terrorists) over discovery, translation and exchange.

To be sure, we do not mind the exchange of currency, real or virtual, as long as the balance of payments tends to our advantage (and, again, the balance of payments idea reprises an old-style essentialism or its parody – to wit, we have to preserve our vital essences). But currency is phantasmal: we do not even see it crossing the border, flowing like the whispering of an underground river through electronic ether. Even in war, commerce is often blind to sides.

Think of the way in which many oral cultures once took great pains to categorize identity – a family, clan, tribe – while also invoking the incest ban and embracing exogamy (along with the prosecution of war as a means for acquiring prisoners for adoption).

The incest taboo is one of the most peculiar and paradoxical of human ideas. The notion that too much sameness is a bad thing (who among the first proto-humans thought this up?) is so peculiar and basic that the great French anthropologist Claude Lévi-Strauss posited it as the institutional foundation of culture itself. Which is to say, once again, that all human relations are inflected with an interlocking system of paranoid and schizophrenic impulses in tension with one another. We call this system civilization (Freud was very dubious).

Of the two impulses, perhaps the yearning for identity is historically the most destructive. Many notable crimes against humanity were committed in our last century in the name of racial or ideological purity. All of this is, again, prefigured in the Old Testament – a textbook of cultural purity and paranoia warring against the opposite human impulse to embrace difference mostly through love; hence the constant hectoring against marrying foreign women (Jezebels) who might lead one to embrace cultural syncretism.

Yearning for difference is the root of comedy. Mixing with the other promotes confusion, love, misunderstanding, heartache, trade, hybrid-vigour, and new ideas. Travel and translation (bridges) are the operative sub-metaphors. Alexander the Great and Genghis Khan were notable East-West tourists who created much cultural interchange intermixed with the usual collateral damage. Nowadays, the East-West axis builds bridges in the form of package tours, but more importantly through investment and trade: Toyota builds cars in Tennessee; Apple builds iPads in China.

Despite the use of Internet blocking techniques and no-fly lists, ideas mostly whiz back and forth at the speed of light. When we think in terms of money and ideas, the moats all but disappear, and the metaphor of the bridge gives way to the idea of diffusion vectors, pipes, tubes and fields. At the same time, the moat-building industry (arms, security and surveillance, border fences, fifth-generation fighters, and carrier fleets) expands apace – both aspects growing on a scale that dwarfs the individual human understanding. We seem, therefore, to be locked on contradictory trajectories – reaching toward, perhaps, some cataclysmic and demoralizing climax.

The Individuals and the Anonymous
DOUGLAS GLOVER June 17, 2013 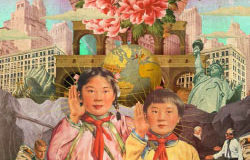