On Russian vs. Soviet Performance

On Russian vs. Soviet Performance 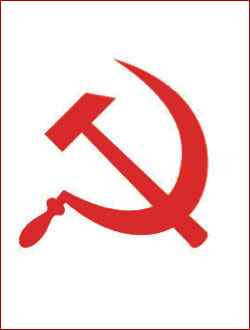 No great post-Soviet achievements for Russian civilization – so far

How is the Russian man doing in 2013, nearly a century after the Russian Revolution and just over two decades after the fall of the USSR? Moscow, Europe’s biggest city, has more dollar billionaires than any other city in the world. All told, there are 84 Muscovite billionaires, collectively worth US $367 billion. In the USSR, of course, there were hardly any millionaires, let alone billionaires. But there also were no homeless – and no unemployed – people. Today’s Russia has plenty of both.

The market reforms of the early 1990s led to Russia’s ‘transformational recession’ – an unprecedented collapse of national output. From 1989 to 1998, real GDP fell to 55 percent of pre-recession levels – levels to which Russia would not return for another 10 years. By that time, the 2008 financial and economic crisis would hit Russia hard. Only by 2011-2012 would Russia’s GDP finally exceed the levels of the late Soviet period.

Even though Russia’s real output did not increase for over two decades, average living standards improved due to ballooning resource rents driven by higher world prices for the country’s oil and gas exports. Between 1995 and 2012, the value of mineral products – mostly oil, gas and metals – produced annually by Russia increased by over $500 billion on the strength of commodity price increases alone. Personal consumption went up. But provision of public goods – from health care to education and law and order – fell markedly. The shadow economy and corruption rose. Income inequality rose significantly.

And yet, after the painful transition years of the 1990s, economic growth and relatively stable political leadership have meant that life in Russia may be gradually returning to normal. The number of murders, having hit a sky-high peak in 2002, has since declined by over 60 percent. The number of suicides has also been on the decline. The national birth rate, which struck a 50-year low in 1999, has begun to rise, as has the number of registered marriages. (The divorce rate peaked in 2008.) Russia’s population, having fallen from 148.6 million in 1993 to 141.9 million in 2009, started to grow from 2010 for the first time in nearly 20 years.

Income inequality has been stable since 2007. Even the quality of post-Soviet Russian education may be improving. According to the Trends in International Mathematics and Science Study (TIMSS) among eighth graders, Russian students’ scores fell between 1995 and 2003, but improved between 2003 and 2011 – ultimately exceeding 1995 levels. In 1995, Russia was ranked 14th and 15th, respectively, in math and science out of 59 countries. In 2011, it ranked sixth and seventh, respectively, after South Korea, Singapore, Hong Kong, Taiwan, Japan, Slovenia and Finland.

The USSR once ambitiously compared itself to the US. It was proud of its status as the world’s second superpower, aspiring to become the premier superpower. But today’s is an age of diminished expectations in Russia and for Russians. The country must, for now, settle for more realistic comparisons with other developing countries. To be sure, Russia is richer than Sub-Saharan African and South Asian countries. It is roughly on par in per-capita income with countries in Latin America, East Asia, the Middle East and North Africa. At the same time, life expectancy in Russia is lower than in Latin America, the Middle East and North Africa, as well as East Asia. And while Russian educational levels are manifestly higher (although not as high as in East Asia), distribution of income is often worse than in these regions.

Of what should Russia be ashamed in the 21st century? Corruption and bribery of state officials, oligarchic capitalism, the deindustrialization of the economy, declining R&D, income inequality, deterioration of health and education, high mortality rates, the clericalization and cultural degradation of society. Of what could Russia be proud in the 21st century? So far, nothing. It is not number one in any area. And it does not, based on all of the evidence, yet have the ambition to change this basic reality.

Vladimir Popov is an adviser in the Department of Economic and Social Affairs of the UN, and Professor Emeritus at the New Economic School, Moscow.