A Second Wind for Human Security

A Second Wind for Human Security

The Canadian Prime Minister is at the G8 summit this week and he has drawn a line between Russia and the rest, based on their active role in preventing global action in Syria. I believe this accusation falls short. While there have been talks a by many states and international organizations about what can and should be done regarding the continuing civil conflict in Syria – the truth is, no one state has taken on a leadership role in offering a palatable solution. Inaction is on all of us, Canada included.

This lack of coordination, cooperation, or ability to negotiate a common approach reminds me of a comment from Christopher Clark, whose new book The Sleepwalkers, tells the tale of how the European leaders of 1914 let a catastrophe ensue because they couldn’t see the consequences of inaction beyond their respective borders.

In an interview with NPR in April, Clark noted, “I wish I could tell you it would be impossible today. I mean, I must say I was struck by the opposite insight, namely that it seems to me that our world is getting more like 1914, not less like it. You know, we’re just starting to come to terms with the fact that we’re no longer in a world that is disciplined by the standoff between two nuclear hyperpowers. And what we’re drifting back into now is a polycentric world with many potential sources of conflict. So in some ways, our world is drifting back towards 1914, even if the ocean of time between us and the First World War gets larger and larger.”

The consequences of such a transition seem frightening and daunting to overcome. However, we must remember that much effort has been made at the international level over the past sixty years to overcome these tendencies for short-sightedness. The rise of the concept of the Responsibility to Protect (R2P) in the past decade is but one example and is in many ways the culmination of this work. The rapid pace at which it has gained traction (incomplete as it is) is impressive.

Even the US, which is struggling to fulfil its role as international leader, recently appointed Susan Rice as US National Security Advisor, and Samantha Power as the American UN Ambassador. These appointments have the potential to renew interest in the human security concept and R2P. Both of these women are well versed in these ideas and are committed to the notion of finding international, collaborative ways to react to serious acts of violence against unprotected civilians bordering on genocide and other forms of crimes against humanity. Ms. Rice, in particular, had a strong role to play in pushing through the Security Council which allowed for the creation of the no-fly zone in Libya, which ultimately led to the end of the Gadhafi regime.

It also seems as though the recent decision by Obama to supply arms to Syrian rebels is an indication that there is some shift from a previous position. However, going to a full R2P policy stance is a difficult row to hoe. The hesitation to date is in some ways understandable, with the kind of political civil war taking place inside Washington, and the public fatigue with military adventurism that characterized the previous Bush administration — paying off in such disastrous results in Afghanistan and Iraq today. But it is also this reluctance which has created the sectarian division we are witnessing today in Syria, after two years of fighting and over 90,000 dead and 4. 5 million displaced.

And as promising as this shift toward intervention is, it needs to be repeated to those who equate the Bush interventions with R2P that military involvement as a tool is always the last resort. It is a last straw attempt that it is designed to save lives and stop conflict and not to protect oil fields or advance geopolitical goals. More importantly, it is a preventive, protective concept based on international collaboration, not a great power muscle flexing initiative.

And despite the occasional unwillingness of states to act, it should be highlighted that there are meetings happening every day, around the world where smart people are looking for new solutions to these ongoing problems. There are two recent events I attended that looked at human security in ways that do not involve military engagement but lay out how the need to mobilize international efforts to protect large numbers of people against severe risks.

The first was a meeting of former foreign ministers, under the umbrella of the Aspen Institute, held in Marrakesh. Madeleine Albright, the chair of the group, urged us all – with all of our many years of experience – to identify new pathways to prevent conflict and the building of stable, representative governments. What came out of her request was the understanding that despite the drive to violence that can be caused by oppressive, authoritarian governments, there are other challenges, more global in nature that can be addressed to help tame such outbreaks. For example, the Center for American Progress recently came out with a report linking climate change, food security, and the Arab Spring. While the causal link is limited, it suggests that efforts to combat climate change, food insecurity, desertification, etc. is a helpful and effective step in the name of protecting civilians – both from these issues themselves, and from the potential threat of conflict.

The same conclusions were reached by a conclave of academics, practitioners and diplomats at a meeting in Bergen, Norway that was intended to assess the consequences of the Lysoen Declaration that I and Knut Vollebaek, then Foreign Minister of Norway, issued fifteen years ago. That declaration was a precursor to setting up the Human Security Network – a forum of countries dedicated to promoting and collaborating on common global challenges that represented threats to civilian populations.

The outcome of the meeting was that the Human Security Network, which has been retreating in influence and participation in recent years and ignored by political leaders, should be revived around a broader scope of action, led again by a partnership of likeminded nations and civil society groups. Perhaps this model, could offer both Rice and Powers in the Obama administration a new avenue for effecting coordinated, international responses to global challenges that require tough decisions. This could arrest the present frustration with the lack of collaborative international action that impedes the solution to the 21st century array of risks that go unattended.

The opinions expressed in this blog are personal and do not necessarily reflect the views of Global Brief or the Glendon School of Public and International Affairs. 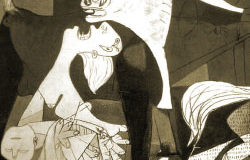