What About Canadian Strategic Power?

What About Canadian Strategic Power?

An unlikely question. But it demands a serious answer, for Canada, as Fareed Zakaria rightly observes in his Tête à Tête is at present, underperforming; that is, in strategic terms. The conventional wisdom within Canada is that things were once better – if not prior to the current, domestically-focussed Conservative federal government, then certainly in the era of Lester Pearson (Nobel Peace laureate; see Andrew Cohen’s Query in GB’s inaugural issue) and even under the leadership of the cosmopolitan, citoyen du monde Pierre Trudeau. Indeed, this may have been the so-called ‘golden age’ of Canadian diplomacy, when, post-WW2, Oxbridge-educated men populated Canada’s diplomatic service and the Canadian military was among the more esteemed in the world – in various parts due to valiant wartime performance, strategic integration with the US (the new major power), and the relative decline (indeed, destruction) of nearly all of the European Continent’s major powers.

This, the story goes, was a time when, in strategic affairs, Canada apparently ‘punched above its weight.’ True though this may have been, the claim also arguably betrays a larger truth – to wit, that only a self-consciously small power talks about ‘punching above its weight.’ Serious or great powers speak only about punching; the weight of the punch speaks for itself. And this larger truth about Canada has genetic roots – roots to which modern and emerging Canadian strategic elites seem completely oblivious; that is, that the modern Canadian federation, constitutionally speaking, was never made with the intention that it play a meaningful role whatever in international affairs. The old British North America Act, 1867 – the key document in Canada’s Constitution – states that the Canadian federation would “conduce to the welfare of the provinces and promote the interests of the British Empire.” Not another word is mentioned about matters external. In short, Canada at its creation was, in ‘power’ terms, a tactical colony, with serious strategy outsourced to Westminster.

By the third and fourth decades of the 20th century, Canada would indeed acquire all of the formal trappings of a proper foreign affairs player – the autonomous capacity to declare war and broker a peace; an independent diplomatic instrument; and a bona fide legislative power on foreign policy. All of these major formal transformations in Canadian strategic life ushered in the said ‘golden age’ of Canadian international affairs. However, form has not radically altered what has always been, and still remains, an essentially domestic gravity in Canada’s political discourse and identity. The trappings of strategic power, or potential strategic power, are there, but they are nary supported by a meaningful and deep strategic or foreign affairs culture. And, of course, in the absence of such a strategic culture, talk of sustained Canadian leadership in the world is largely a narcissistic conceit.

This is not at all a denigration of the country; far from it. For Canada is an immensely successful and complex state – indeed, one that excels in the very domain in which it was intended to excel: federalism. (Recall: the federation was to “conduce to the welfare of the provinces.”) Strategy, of course, is an altogether different beast.

Does this necessarily mean that Canada is destined only to produce ‘accidental’ or ad hoc strategic successes or leaders; that is, leaders who issue against all odds from an astrategic national culture? (Some of these ‘accidental’ or ‘countercultural’ leaders write for GB: John de Chastelain; Louise Fréchette; Louise Arbour; James Orbinski; Christopher Alexander; and Philippe Kirsch, who contributes to our next issue.) Hardly. But this would mean a very sober and brutally honest reassessment of the very building blocks that would inform any future claims to Canadian strategic leadership: among other things, the size of the national population; the size of the economy; the size of the military; the size of the diplomatic service; and indeed the nature of Canadian education.

Cultures are not easily moved, and they seldom recognize their own blind spots. And so it follows that the outsider – apocryphally, apparently, even Winston Churchill, and, more recently, Tony Blair – may observe that Canada, with its immense geography, natural resources and fortuitous physical location, should be a world power. The Canadian leader, however – not having been raised to think about strategic power, or about Canada as a power – either does not see such prospects at all, or thinks them (countercultural as they are) too difficult to realize. And so the domestic gravity of the national conversation endures.

Strategic power in itself has no moral quality: it is neither good nor bad. Rather, it is the means to getting things done in the world – things that are in turn either good or bad. Without such power, however, a country can do little of great and deliberate consequence outside of its borders. And so Canada must park the debate about what it wishes to accomplish in the world (stanch genocides, broker peace, lead a region or even prosecute a war), and focus for some good time on the requisite strategic (indeed, cultural) capabilities for getting anything done.

Irvin Studin is Editor-in-Chief and Publisher of Global Brief. 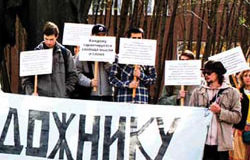