The Doha Round of the WTO-lead trade negotiations is dead at least until 2011, the year after the mid-term elections in the United States. Unless the U.S. trade balance improves dramatically, there is a drastic re-balancing in global trade (i.e. China’s trade surplus declines sharply), and the unemployment rate in the U.S. is back down to the 6% range, Doha will not re-surface until 2013.

The road to a more liberalized trade regime has been subject to much damage and many detours  during the past 18 months. Protectionism in many forms has littered this road and is threatening its closure.

While I can select any one of the G20 nations as an example of a flagrant violator of the principles of free trade, I will focus on China. I do so because China has just become the world’s largest exporter, and it continues to run the largest trade surplus.

Much has been said of the “Buy America” provisions in the U.S. fiscal stimulus package. But I suspect that China’s stimulus program is every bit as protectionist, if not more so. In addition, Beijing continues to manage its currency, successfully keeping the value of the renminbi constant against the U.S. dollar for the past 12 months. As the U.S. dollar has declined in value against many other currencies, Chinese manufacturers have become even more cost competitive.

The IMF has called on China to rebalance its economy and allow its currency to appreciate against other major currencies. A report by the U.S. Treasury stated: “Both the rigidity of the renminbi and the reacceleration of reserve accumulation are serious concerns which should be corrected to help ensure a stronger, more balanced global economy consistent with the G20 framework.”

An appreciation of the renminbi is not in the works. Beijing worries that this could be catastrophic, damaging exports and diluting the effect of its stimulus package.

The Government of China also has aggressively subsidized its exporters through tax credits and billions of dollars in low interest loans from state-run banks. These measures flaunt the GATT. But there are no repercussions, just periodic threats of investigations and retaliatory measures.

China also is encouraging new domestic airlines to buy Chinese aircraft. Although the Civil Aviation Administration of China announced last December it would refrain from granting air operator’s certificates (AOC) to new airlines planning to launch in 2009, it now appears that start-ups which plan to operate Chinese-made aircraft will be able to get an AOC.

This is part of the government’s plan to move up the value chain to higher value-added goods like computer chips, aircraft and pharmaceuticals. China is not the first country to support the creation of a domestic commercial aerospace industry (where would Bombardier be without Government of Canada assistance, or Embraer, or Airbus, or even Boeing), and it is not the first country to try to move up-market. But it is number in exports and trade surplus, and it cannot escape the radar screens of the EU, the U.S. and other countries.

So good luck to Doha!

Sanctions, Tariffs and War by Other Means
DAVID SKILLING January 7, 2019

Sanctions, Tariffs and War by Other Means 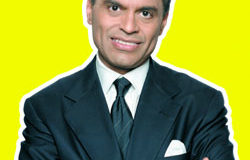