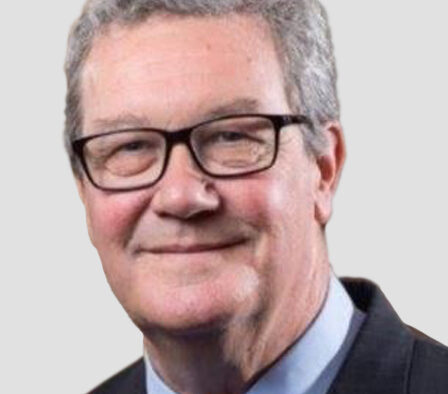 Nancy Pelosi was, of course, perfectly entitled to make a visit to Taiwan. But she knew that, in making that visit, she would incite an aggressive reaction from Beijing. She also knew that her visit was in defiance of the wishes of U.S. President Biden and, more relevantly, his national security team. They did not think the very obvious domestic political advantage for Nancy Pelosi was worth a further decline in the already poor relationship between the U.S. and China. After all, the Pelosi visit was only symbolic. It was not going to achieve anything of substance.

The visit also ricocheted through the security establishment of the Indo-Pacific region. Singapore did not want the visit to take place, as its government could not see any advantage in increasing tensions between Washington and Beijing. Other ASEAN countries felt that this would impose still more pressure on them to choose between the U.S. and China.

Singapore did not want the visit to take place, as its government could not see any advantage in increasing tensions between Washington and Beijing.

And for Australia, the visit brought to a sudden end the thawing of relations between Canberra and Beijing following the election of a new Australian government in May of this year.

This, then, was a case of everybody acting in a self-defeating way. The Chinese reaction to the Pelosi visit was disproportionately aggressive. The live-fire exercises around Taiwan, demonstrating China’s capacity to blockade Taiwan, were inevitably highly provocative. And to terminate talks with the U.S. on climate change given that China is as much affected by climate change as other countries is, similarly, self-defeating.

To be sure, Beijing’s reaction has consolidated the emerging alliance in the Indo-Pacific region among the U.S., Australia, Japan and India – known as the Quad. It has also driven liberal democracies more broadly into the arms of Taiwan, increasing very substantially sympathy for the embattled government and people of that island. Where strategic ambiguity was once seen to be an appropriate response to recognition – on the one hand – of Taiwan as part of China but disapproval – on the other – of any plans by Beijing to force Taiwan to join the regime of the mainland, that ambiguity is being replaced by a certainty on the part of the U.S. and its allies that they would have to go to the defence of Taiwan should it be attacked by mainland China.

Beijing’s reaction has consolidated the emerging alliance in the Indo-Pacific region among the U.S., Australia, Japan and India – known as the Quad. It has also driven liberal democracies more broadly into the arms of Taiwan.

So there you have it. The self-indulgent Pelosi visit has, at best, made the Taiwanese feel more confident of the support of the U.S., but nothing more. And yet the hysterical overreaction by the Communist Party in Beijing has alienated China still further from the liberal democratic world. Unwise decisions all around can lead to catastrophic circumstances, as history has taught us.

President Biden and President Xi Jinping will be holding a face-to-face summit later this year. That will be an opportunity for the two of them to tone down the hostile relationship. For China’s part, it would be best advised to wind back its wolf-warrior diplomacy. Under Xi, China’s arrogance and aggression from the South China Sea to Hong Kong, Taiwan and beyond have pushed China into alliances with maverick states like Putin’s Russia and Iran. If your best friends in the world are President Putin and Ayatollah Khamenei, then your diplomacy is struggling with credibility.

President Biden and President Xi Jinping will be holding a face-to-face summit later this year. That will be an opportunity for the two of them to tone down the hostile relationship.

While it is true that the West has become increasingly dependent on supply chains from China, it is also true that China very substantially depends on export markets in the West. After all, the G-7 alone comprises nearly half of global GDP. China’s growing hostility to the West has led to many Western corporations and governments redirecting their supply chains away from China. This is likely to be harmful to China’s economy.

History tells us that the relationship between rising and status-quo powers can often lead to tragedy. The most important foreign policy challenge of our age, then, is to find ways in which the rising power of China can work constructively with the U.S.-led status-quo powers. For decades, these relationships were managed well, but over the last five or six years, China’s belligerent foreign policy has been reminiscent of the overreach of other past rising powers, from Athens to Germany. The lesson of history is that the rising powers need to work with the status quo – not attack it.

As for Taiwan, Xi Jinping’s increasing inclination to take military action against Taiwan is threatening regional Armageddon. China must tone down its diplomacy, and America needs to respond by reaching out more collaboratively to China.

How are the Small Countries Doing?
DAVID SKILLING September 2, 2016

“The situation in Myanmar…

How are the Small Countries Doing?