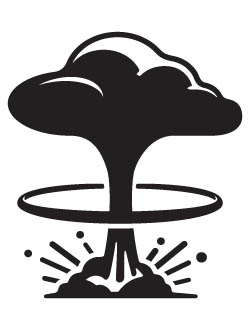 For the third time since the inaugural issue of GB in 2009, I will try to look ahead five years to estimate the future of conflict. In 2014, l graded myself at B for my 2009 effort. Of the three trends that I had highlighted, two materialized generally as I had projected, while one did not.

I correctly projected, first, the growing role of technology – especially cyber-offence and defence – and, second, the increased conflict within societies as a result of the convergence of ethnic, religious and demographic trends.

I am still feeling good about these forecasts. In both cases, the impact of the phenomena has only grown. Exhibit A is the disruption flowing from the Russian cyber-attack on the 2016 US presidential election, which has created unprecedented tension in the American political system. As for my expectation of increased conflict within societies, the three years since these assessments has seen rising violence in the Middle East, with the rapid growth of ISIS and a fierce, ongoing battle to defeat it.

What kept me from a higher grade on my 2009 assessment was a miscall on energy. I anticipated rising demand and a shortage of supply. The demand prediction was spot-on, but the evolution of horizontal drilling (‘fracking’) in North America pushed energy supply off the charts and, once combined with green technology, conservation and battery technology, pulled prices down to create an oil surplus.

Now, based on my follow-up assessment in GB’s Fall/Winter 2015 issue, I have moved into the B+ range. I thought that the US would by now be less able to exert influence and referee conflicts than in the past, and that this would open up vacuums into which other players would move. That is precisely what we have seen in places like Ukraine (where Russia has not only bit off Crimea, but pressed meaningfully into eastern Ukraine) and East Asia (where China has built military facilities in disputed parts of the South China Sea and asserted air rights over the contested East China Sea). Meanwhile, the US has further weakened its capacity for influence in Asia because of the Trump administration’s withdrawal from the Trans-Pacific Partnership – at a time when China is pushing competing initiatives like One Belt, One Road and the Asian Infrastructure Investment Bank.

I anticipated two other things that have generally come to pass: heightened strife in regions lacking comprehensive security agreements, such as the Middle East, and the growing influence of non-state actors, ranging from hacktivists to terrorist movements.

So what can we expect looking ahead five years? In 2014, I said that the most certain thing about the future of conflict is that there would be a lot of it. I believe that this is still a safe generalization, and that it will be most pronounced in three arenas. First, we are likely to see what might be called a protracted standoff among the great powers, as rivalries persist and the will and processes for dampening them remain elusive. Ukraine is a good case in point. NATO powers have few tools to force Russia out of Ukraine other than economic sanctions, while Russian president Putin sees keeping Ukraine out of Western institutions and frameworks as a core interest that he can nary sacrifice. In Asia, the interests of the US and its partners converge only partly with those of China, making it difficult to collaborate on a strategy to avoid the seeming inevitability of a North Korea armed with a nuclear-tipped intercontinental ballistic missile.

A second trend fuelling conflict will be the atomization of terrorism in the aftermath of a likely successful international effort to push ISIS off the Iraqi and Syrian territories that it seized in 2014. With its global strategy, ISIS has established a number of nodes, outside its heartland, in places like Egypt, Libya, East Africa and Southeast Asia, from which it can plot, train, plan and regroup. Attacks such as the ones in Ankara, Paris, Brussels, Nice, Berlin, Manchester, London, Barcelona and Manhattan will become the new normal for the immediate future.

Finally, the Russian hacking of the US election is probably just the front end of a long bout of cyber-duelling among nations, accompanied by the incalculable impact of cyber-skilled non-state actors. Russia’s intervention was novel only in its means. It was fuelled mainly by social media and, as such, was merely the 21st century version of a covert influence tradition rooted in the post-revolutionary Russia of the last century.

With cyber tools certain to grow in sophistication, we are certain to see more such efforts. Nothing is likely to interrupt this trend, short of successful cyber arms control negotiations or a calamitous event, such as a ‘cyber 9/11.’ The latter would involve some country experiencing the loss of its power grid or some other capability essential to its normal functioning and to public health and safety. Such an event might (or might not) have the effect that the 9/11 attacks had in galvanizing international support for the resource and policy commitments needed to combat terrorism.

John E. McLaughlin was Deputy Director and Acting Director of the CIA from 2000 to 2004, and now teaches at the Johns Hopkins School of Advanced International Studies (SAIS).

Navigating Threats in the Strategic Dark