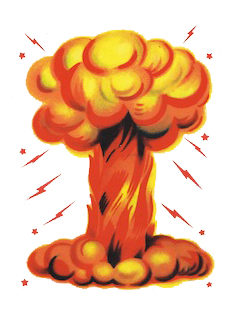 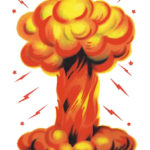 The former CIA head revisits his predictions from 2009, and projects forward to 2020

The future of conflict has become even more difficult to assess than when I took a crack at it in GB’s inaugural issue. Looking back, I would give myself a B on prognostication.

Two themes mentioned then have crystallized in the last five years: first, the growing role of technology, especially as it pertains to cyber offence and defence; and second, the growth of conflict within societies as a result of the convergence of rapid population growth, high unemployment, unresponsive governments, and ethnic/religious tensions.

In the last five years, cyber has become a major source of friction in the international system. The Mandiant security firm reports that every Fortune 1000 firm in the US has been targeted by Chinese hackers, and Symantec Security calculates that the cost of intellectual property theft for the US economy, from all sources, is about US$250 billion per year. No government is close to mastering this problem, nor are there international agreements in place to replicate the arms control pacts that dampened nuclear danger during the Cold War. The problem will be with us for years.

The Arab Spring that kicked off in late 2010/early 2011 is the preeminent example of an explosion that resulted from years of pent-up discontent. However, what we saw in that first year was, as Henry Kissinger then opined, “scene one of act one of a five-act drama.” The play continues, mostly showing reversals of the original plot, although it is hard to say in which scene or act we now find ourselves.

On the other hand, I was wrong to give such import to resource competition. Demand for energy continues to escalate, but in the intervening years North America has been moving toward energy self-sufficiency as a result of shale technology and conservation – something that I did not foresee in 2009. By 2017, the US may need to buy oil only from Canada, and not long afterward North America will be a net exporter of oil. This does nothing to slow China’s growing need for energy, but it introduces incalculable new factors into the international arena.

What will be the effect on the US economy, world oil prices, import/export patterns, and various dependencies? Will it revive manufacturing in the US, make exports more competitive, and reduce the current account deficit? Or does this exaggerate the impact? Will we pay less attention to the Middle East, or will we contend, as I do, that larger issues than oil are at stake?

Against that backdrop, and looking ahead five years, perhaps the major conclusion to be drawn about the future of conflict is that there is likely to be much of it. At least three key factors point in this direction.

First, the world’s long-time referee is less influential. We are now past the 17-year period from the fall of the USSR in 1991 to the international financial crisis of 2008 – a period when the US could plausibly claim the title of sole superpower. During this period, not everything that the US did was wise, but it had the freedom to operate with few restrictions on its choices other than affordability.  Although no major problems today can be solved without the US, there are no major problems that the US can solve alone. While Washington has often had to lead various coalitions, the emergence of competing powers – China, Russia, India and others – means that the task will be more complicated and the outcomes less assured. This is receiving its first test in the fight that the US proposes to lead against the Islamic State in the Middle East.

Second, politics is changing and frictions are growing in theatres where there is no regional security organization comparable to NATO, the OSCE or the EU in Europe – and hence no tradition of pooling resources or referring conflicts to an international body. The Middle East is clearly in this category, but East and South Asia may be the most worrisome theatres. In Japan, the Abe government is seeking to remove constitutional limitations on its ability to use force. Many Westerners welcome this as a sign that Tokyo is prepared to assume a greater part of the regional defence burden. At the same time, China is aggressively asserting its perceived rights in the South and East China Seas, resulting in high tensions with Japan, Vietnam and the Philippines. In the event of a clash between China and Japan – deliberate or via miscalculation – there are no mutually accepted procedures for transparency or de-escalation.

Third, ill-intentioned non-state actors are growing in influence and scope. The proliferation of Al Qaeda affiliates and competing terrorist organizations like ISIS are the clearest examples. Altogether, these groups, spanning the Middle East and North and Sub-Saharan Africa, now control more territory and wealth than any terrorists in history.

Other examples include the militias now competing for control in Libya and Ukraine. None of these problems have short-term solutions. They form the emerging landscape of international relations. After a period of transition, in which the US enjoyed a measure of dominance greater than it possesses today, we may finally be seeing what the post-Cold War world will really look like.

John E. McLaughlin is Distinguished Practitioner in Residence at the Johns Hopkins School of Advanced International Studies in Washington, DC, and Nonresident Senior Fellow in the Center for 21st Century Security and Intelligence and the Center for Middle East Policy at the Brookings Institution. He was Deputy Director and Acting Director of the Central Intelligence Agency from 2000 to 2004.

Navigating Threats in the Strategic Dark