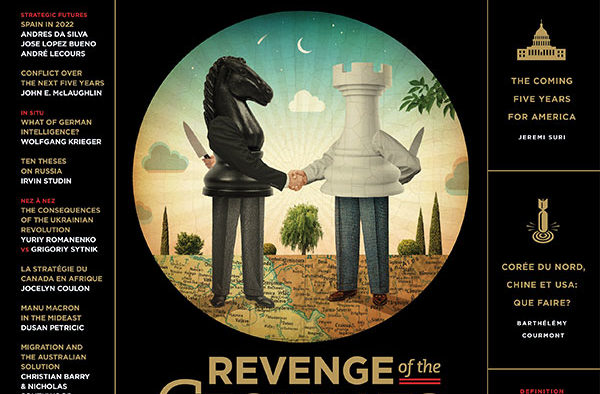 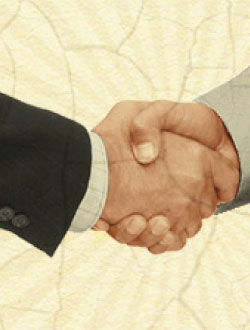 The Geokrats are Back. Just How Do They Think?

Strategy, geography, and questions of basic national survival and advantage were never really off the table. But their 21st century articulations, far from boring, are still in gestation.

The original working name of GB, before it launched nearly a decade ago, was Geokrat (yes, with a ‘k’ – perhaps for emphasis). And the geokrat remains the ideal-type when GB’s team thinks about its writers around the world (in English and French alike), many of its most demanding readers, and indeed its subjects – starting with strategic decision-makers on all continents, in politics, business and all spheres of life in between

Who is this geokrat, and how does she think? What are her calculations? What sources does she (or he) use? A few things remain plain. The geokrat trades in raw realities – no morality plays, no oblique language, and, for (analytical) certainty, no Facebookisms: words like ‘(deeply) troubling,’ ‘alarming,’ ‘jarring,’ ‘shocking’ and even ‘worrying’ try to make no appearances in our pages.

What is clear, even if the world of the geokrat – in this early new century – still defies clear interpretation and articulation, is that the 21st century geokrat will, if only to endure, have to be a clever cat indeed. She or he will not only need to incorporate into the calculus data points, intangibles and judgements from everywhere (because ‘everywhere’ may seem increasingly available), but will also be searching for competitive edges and advantage by finding or engineering insights that, at the margin, are not immediately accessible to any relevant peer group. The search for such differential insights and the gambles the geokrat will make based on these inputs will form the geokrat’s craft this century. To the death…

John E. McLaughlin, former head of the Central Intelligence Agency, is back in our pages, revisiting, in the One Pager, his interventions of 2009 and 2014 to tell us what the next five years of conflict in the world look like. In the lead Feature, GB Editor-in-Chief Irvin Studin builds on and updates his four-point game framework, first articulated in these pages in 2012, to suggest a more sophisticated mental (strategic) map for Canada this century. Jeremi Suri of the University of Texas at Austin goes on to imagine the next five years of America, domestically and externally. Barthélémy Courmont, GB Geo-Blogger and also of the Université catholique de Lille, explains the art of the possible – what, if anything is to be done? – in the increasingly hot Korean (or North Korean) theatre. Finally, Irvin Studin offers up 10 theses on Russia this century – how it works, how it can be governed, and how the world’s most complicated country can negotiate its international path (and conflicts) in the coming decades.

In Tête à Tête, GB speaks with Singapore’s former top diplomat to distill the issues, stakes and possible exit strategies for the various pressure points and crises in Northeast Asia. GB also exchanges with the outgoing head of Oxford’s St. Antony’s College on the future of Brexit, the EU, and even the Catalan question.

In Nez à Nez, Yuriy Romanenko of the Ukrainian Institute for the Future faces off against top Ukrainian geokrat Grigoriy Sytnik, formerly of the National Academy of Public Administration in Kiev, to assess the consequences (thus far) of the Ukrainian revolution.

In The Definition, GB tries to describe the nature of the situation in Myanmar, particularly in relation to the Rohingya, with the help of Moe Thuzar of the ISEA-Yusof Ishak Institute in Singapore, Arabinda Acharya of the National Defense University at Fort Bragg, and Abhishek Srivastava of the University of New Delhi. In Strategic Futures, the University of Ottawa’s André Lecours, Andres da Silva of the Catalan European Democratic Party, and the University of Winnipeg’s Jose Lopez Bueno place their bets on the look and feel of Spain in the year 2022.

In Situ reports come to us from Berlin via the University of Marburg’s Wolfgang Krieger, as well as from Canberra via Christian Barry and Nicholas Southwood, both from the Australian National University. GB is in the French Cabinet Room of young Emmanuel Macron, as he plots his country’s next moves in the Middle East (and doubtless beyond). George Elliott Clarke, Canada’s parliamentary poet laureate, closes the book in Epigram. 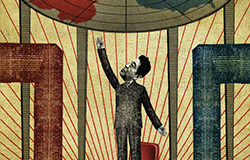