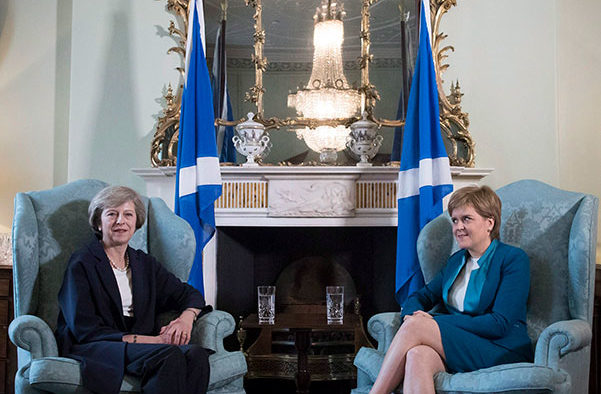 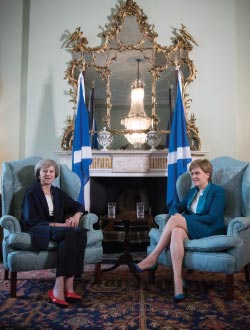 …be having its first general election since leaving the EU.

Prime Minister Theresa May will resist pressure for an early election because there is little appetite for further upheaval after the Brexit decision (and because the 2011 Fixed-Term Parliaments Act makes it much harder to call a snap election).

She will trigger Article 50, formally beginning negotiations for the UK’s exit from the EU, in mid-2017, to give the country enough time to prepare for the two years of negotiations, while allowing time for the dust to settle between exit and the 2020 election. The UK’s deal with Europe will not include freedom of movement for EU citizens (or UK citizens into the EU), and so will be on considerably worse trading terms than the UK currently enjoys. Trade agreements with the rest of the world will still be under negotiation, with the US agreement still not finalized.

The UK will still be united, with an improved devolution deal for Scotland trumping renewed calls for Scottish independence.

Domestically, Theresa May will pursue a radical economic and social agenda focussed on reuniting the nation after the divisions of Brexit. She will be surprisingly interventionist in the economy, backing an active industrial policy to boost the economies of the English regions outside of London, and taking advantage of historically low interest rates to borrow for capital spending on infrastructure. She will also steal the left’s clothes by taking a radical approach to tackling inequality – pledging to eradicate the gap in educational attainment and jobs between young people born into poor families and their better-off peers.”

»Andrew Ratcliffe is CEO of Impetus – The Private Equity Foundation, and past Deputy CEO of the Tony Blair Africa Governance Initiative.

…not have left the EU altogether. Pulling the UK out of the single market would significantly disrupt the economy and hurt the blue-collar workers who voted en masse for Brexit. A trade deal with the rest of the EU will take many years to negotiate. The last thing that the EU needs is another economic shock, and the UK is a key export market for the biggest countries, Germany and France. It is therefore in the general interest of all EU member states for the UK to retain full access to the single market.

There seems to be an emerging consensus in London, Berlin and Paris that the UK could be given some kind of associate membership by then. That could involve a seven- to 10-year emergency brake on inward migration and restricted access to welfare benefits.

At the same time, the UK will not be a full member of the EU in 2020. Rather, there seems to be an emerging consensus in London, Berlin and Paris that the UK could be given some kind of associate membership by then. That could involve a seven- to 10-year emergency brake on inward migration and restricted access to welfare benefits, consistent with the policy approach that Germany and other member states pursued following the EU’s eastern enlargement in 2004. While the governments of Poland, Hungary and other central and eastern European countries might object, such an emergency brake and other safeguard measures are already part of EU treaties, and also help the newer members to limit brain drain. Bref, the Brexit vote offers an opportunity to build a new European settlement by 2020 that will work for all EU countries – not just the UK.

Amid the growing crisis of legitimacy, the EU will need to reconnect the supranational institutions in Brussels much more closely to nations, regions and even localities. If such a transformation will not happen by 2020, the dynamic of disintegration‎ could bring down the whole EU. The first reform should be to recognize the Council as the supreme executive power of the EU, and to restore the Commission to its original role of a European civil service that acts as a secretariat to the Council in an advisory function, overseeing the implementation of common regulations and mediating among competing national and sectional interests. Second, the judicial activism of the European Court of Justice could be curtailed by further limiting the cases that it hears and restricting its power to that of an arbiter – not a missionary that serves to transfer competencies from member states to the Commission. Third, the European Parliament will continue to lack legitimacy until it is reconnected with national political classes. The lower chamber of elected members could be supplemented by an upper chamber composed of representatives from national parliaments, professions, regions and cities (by fusing the EU’s existing Regional Committee with its Economic and Social Committee). A Parliament that represents European society – not just individual constituents – can command greater civic assent, while also better exercising its primary purpose of scrutinizing legislation and holding the executive to account. All of these reforms are unlikely to be in ‎place by 2020, but unless there is a new settlement on offer the EU could well break up.”

»Adrian Pabst is Reader in Politics at the University of Kent, and Director of the Centre for Federal Studies. His latest book (co-written with John Milbank) is The Politics of Virtue: Post-Liberalism and the Human Future.

…have negotiated its exit from the EU, but will continue to be entangled in the institutional, political, legal and economic repercussions of Brexit across the British Isles. The European question will reverberate for decades – in waves – and perhaps will be revisited, in one way or another, after generational change in England and EU consolidation across the continent.

By then, it will become clear that the cracks in the EU edifice, highlighted during the 2016 referendum, have their analogues in the very foundations of British political establishment. During the referendum debate, Brexit supporters glossed over decades of absent industrial policy, half-hearted social policy, and widening social and economic inequalities in order to blame the EU for the failures of successive power elites at Westminster and Whitehall. Without the convenient symbolic resource of an ‘external foe,’ future British governments will receive more surgical scrutiny, and the democratic deficits of the UK’s institutional settlement will become an open wound. There will no longer be a dispute over whether the crisis of public services in many parts of the UK has anything to do with the EU or immigration. And there will be a unique opportunity for institutional reform that may bring about the kind of democratic innovations advocated for many decades by participatory and deliberative democrats.

In this context, Scotland will have to find its own way, and it may be outside the orbit of the rest of the UK – unless there is substantial appetite to boost the current timid efforts to formulate a viable British federalism. Otherwise, the question of Scotland charting its own course to independence will not be a question of ‘if’ but ‘when.’ At the moment, Scotland leads the UK in terms of its aspiration to redefine the relationship between citizens and government. And the Scottish government has chosen to develop a very different narrative about immigration, social democracy and European citizenship. I would therefore be surprised to look back, in 20 years’ time, to see a Scotland that is still part of the UK. Tectonic changes and reforms await.”

Oliver Escobar is Lecturer in Public Policy at the University of Edinburgh, and also co-director of What Works Scotland.

Yuriy Romanenko is co-founder of the Ukrainian Institute for the Future, based in Kiev, Ukraine, and creator of the analytical portal Hvylya (hvylia.net), which has become one of Ukraine’s leading analytical sites. Since 2000, he has worked in political and international analytics in Ukraine’s leading think tanks.

See all posts by Yuriy Romanenko