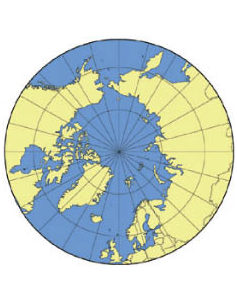 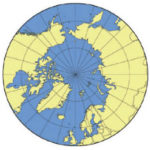 Why this remains the rational course for Arctic states

In 2014, it seemed that Arctic cooperation might break down after Russia’s annexation of Crimea. Military exercises between Russia and NATO states were suspended. Russian flights near the airspaces of NATO countries increased, as did NATO flights near Russian airspace. Russia moved troops northward and sanctions were adopted by the US, EU, Canada and Norway, including against Russian Arctic offshore oil.

Yet search and rescue cooperation was unaffected. In December 2014, Russia requested US assistance when a South Korean trawler sank in the Bering Sea. In June 2015, Norway and Russia conducted a joint search and rescue exercise. A tabletop exercise involving all eight Arctic states is planned for this fall, followed by an operational exercise.

Fisheries cooperation is ongoing. In October 2014, Norway and Russia agreed on quotas in the Barents Sea. Nine months later, Canada, Denmark, Norway, Russia and the US signed a fisheries agreement for the high seas ‘doughnut hole’ in the Arctic Ocean.

Cooperation continues on the allocation of continental shelves beyond 200 nautical miles from shore, following a science-based process under the UN Convention on the Law of the Sea (UNCLOS). When Denmark filed an unexpectedly large submission in December 2014 that included the entire Lomonosov Ridge, Russia responded that it “was well aware of the Danish side’s plans” and would “continue to cooperate on this issue.” In August of this year, Russia filed a submission that did not include the entire Lomonosov Ridge.

Canada is following the same process. In December 2013, it filed a submission concerning the continental shelf off Atlantic Canada. Although the Arctic Ocean portion of the submission was postponed – at the instruction of Prime Minister Stephen Harper, to allow scientists to collect data around the North Pole – the continued focus on data proves that Canada, too, remains committed to UNCLOS.

As the trend toward less sea-ice continues, so too does cooperation on Arctic shipping. In 2014, the Russian Academy of Science’s Akademik Sergey Vavilov was used in Canada’s search for the lost ships of the 19th century Franklin expedition. Foreign cargo vessels continue to use Russia’s Northern Sea Route, and a new ‘Polar Code’ has just been adopted at the International Maritime Organization, supported by all Arctic states.

At first, it seemed the Arctic Council might be caught up in the Ukraine crisis. In April 2014, Canada boycotted a meeting of a task force on black carbon in response to “Russia’s illegal occupation.” However, when announcing the boycott, Ottawa added: “Canada will continue to support the important work of the Arctic Council.” Canada did not boycott any further meetings.

The Senior Arctic Officials continue to meet. The work of the task force on scientific cooperation, co-chaired by the US, Russia and Sweden, endures. Russia supports the US programme for its two-year chairmanship of the Arctic Council.

Clearly, when analyzing the impact of a crisis on international relations, we should differentiate between different regions, issues and capabilities. For instance, the breakdown of NATO-Russia cooperation has little significance in the Arctic. Neither Finland nor Sweden is a member of NATO, and neither Canada nor the US allows the organization to operate in its northern regions. Similarly, as Robert Papp, the US Special Representative for the Arctic, said in July of this year, were it not for Russia’s actions elsewhere, its military activities in the Arctic would be easy to view “as legitimate buildups” aimed at search and rescue and security.

The Arctic states themselves have decided to treat the region separately. As the New York Times reported, the Arctic Ocean fisheries agreement “appeared to signal a desire to not let the broader disputes derail cooperation in the Arctic.”

Indeed, cooperation is the only rational way to address challenges such as search and rescue in a vast region with difficult weather. It also protects the position of the Arctic states as the dominant actors in the region.

UNCLOS privileges the Arctic states by assigning all of the region’s continental shelves to them, and does so in a manner that non-Arctic states have to accept – because they benefit from the same provisions off their own coastlines. Consensus decision-making in the Arctic Council gives Russia the equivalent of a veto, preserving its influence even as its population and economy decline. The Arctic is an immense region, and while Russia dominates half of it geographically, it needs more than size to ensure its continued circumpolar relevance.

Of course, future developments could cause cooperation to break down. A national leader fighting to stay in power could provoke an Arctic crisis to generate domestic support. An armed conflict between Russia and NATO in Ukraine would be difficult to contain. But for the moment, the Arctic is being treated separately.

What are Russia’s Interests in the Arctic?
ALEXANDER SERGUNIN & VALERY KONYSHEV February 19, 2016

Binding the Northern Powers in Law

Canada and Russia – Toward an Arctic Agenda

Trudeau, Turkey and a Tour d’Horizon

What are Russia’s Interests in the Arctic? 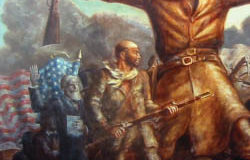