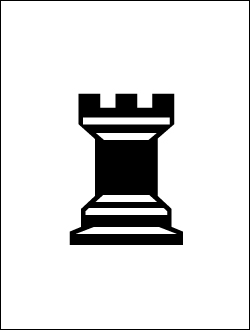 Chaos, Schlieffen, and the best laid plans of the planners

As the second James Bond flick, From Russia with Love (1963), commences, McAdams, a Canadian, is bested in a Cold War chess match by the bow-tied, Czech player, Kronsteen, who is also, secretly, a honcho in a global, apolitical Mafia, namely SPECTRE. Kronsteen’s win is meant to forecast SPECTRE’s success in its plot both to liquidate Bond and disgrace MI6.

Dramatically, that’s not how it all turns out. Then again, wars wagered on grand strategies – Germany’s Great War Schlieffen Plan for a quick, one-two knockout punch against the French and the Russians, or Imperial Japan’s surprise attack on the US Pacific fleet at Pearl Harbor, Hawaii, in December 1941 – tend to get bogged down not only in flame and mud (“the fifth element,” said Napoleon), but intractable reality.

See also French General Charles Leclerc, whose 1802 campaign to retake revolutionary Saint-Domingue (Haiti) and likely restore slavery, started well, but soon had to indulge in torture. (Consider this procedure a preface to French atrocities in Algeria, 1954-1962.) No matter: Leclerc’s 40,000 troops were promptly annihilated, due to blacks’ machetes and yellow-fever-injecting mosquitoes.

The problem with viewing nations and/or subnational groups as players in a global game is that guiding notions such as ‘winning hand’ or ‘slam dunk’ or ‘rolling the dice’ or ‘domino theory,’ so appealing as locker-room metaphors, yield dire consequences in the arena of flesh and blood.

Thus, the stadium and the gymnasium become actual killing fields. (Witness Santiago, Chile, in 1973, and Beslan, Russia, in 2004.)

Even ‘foolproof’ war plans neglect the truth that making war is frequently a fool’s errand, entailing the dispatch of propagandized patriots to theatres where, as Matthew Arnold warns in his poem, “Dover Beach” (1867), “ignorant armies clash by night.”

No wonder the brilliant acronym snafu emerged out of WW2; no wonder its equivalent, MAD, defined Cold War nuclear deterrence.

War is a wrong wherein little goes right – except the commission of more wrongs. Unintended consequences befall grandiose bellicosity. So, the Coalition-of-the-Willing invasion of Iraq in 2003, a Rommel-style Blitzkrieg across desert sands, found dashing success – the toppling of a bombastic tyrant and his Disneyland statues. So smashing was the victory that Percy Bysshe Shelley’s Vanity-skewering poem, “Ozymandias” (1819), could have serenaded every ‘liberated’ balcony in Baghdad.

But this triumph of the ‘Willing’ wreaked destabilization so profound that Iraq suffered a decade-plus of car bombs and IED pogroms. Former British Prime Minister Tony Blair (cast) aside, most now see that to have passed from the nasty, poison-gas massacres of the late Saddam Hussein to the evil mass shootings and beheadings perpetrated by the sadistic, Caliphate-in-a-hurry that is ISIS, ain’t no policy success meriting the popping of champagne corks.

(Likewise, Hannibal slaughtered Roman troops, for 15 years, campaign after campaign, only to find that, while he was strolling his elephants across the Alps, galley-borne, Roman ‘Marines’ were torching his bases in Carthage, thus disabling his supply lines.)

The fortunes of war impose, moreover, drastic misfortunes upon the multitude, even for victors. So, Britain suffered the ‘Blitz’ in 1940-41, but rallied – with the active assistance of Canada, the US and the USSR – to defeat Nazi Germany. Even so, Britain lost its empire, much gold bullion, and countless naval bases. (So, the US got Diego Garcia, among many others, and Canada got Newfoundland.)

For its part, the Soviets cakewalked into Afghanistan in 1979, but could not keep it. Some dozen years later, the USSR imploded, while Afghanistan steadily pumped out opium (following ye olde British Empire’s game plan) and became a world-class, breeding (or dumping) ground for extremists.

Perhaps it is one of the ironies of strategy that the failure to dislodge the Afghan Taliban tyranny in March 2001 for having dynamited the Bamiyan Buddhas (a diabolical assault on human heritage), also constituted a foregone opportunity to disrupt, if accidentally, the Al Qaeda plot against Manhattan’s Twin Towers that year.

Apart from planting spies, jailing plotters, or parachuting troops, the official answer to terrorists is launching missiles. Thus, the 2009 Nobel Peace Prize Laureate Barack Obama disses pacifism currently, preferring, as US Prez, to ‘drone’ on and on.

Air strikes – those Zeus thunderbolts from Olympus – are supposedly pinpoint, but still blast a regrettable number of weddings and kindergartens as opposed to bad guys, scheming up fresh outrages in their NORAD-parody caves.

Tempting it is to consider treaties, trade deals, and alliances as chess moves, delivering smug winners their spoils, if despoiling the losers. But seldom are rules clear or players fair, and sore losers tend to return to the gambling (or ‘negotiating’) table, with ‘terrorist’ guns blazing.

George Elliott Clarke is the E.J. Pratt Professor of Canadian Literature at the University of Toronto, and the Poet Laureate of Toronto. His newest book of poetry is Traverse, an autobiographical poem.