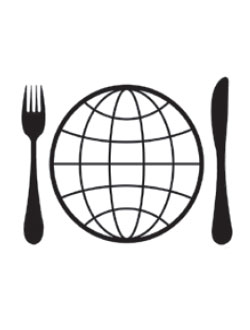 Variable geometry is not only inevitable, but a good thing besides

The economic case for free trade in food is by now beyond reproach: open markets lead, on balance, to rising global incomes. And yet, in this early new century, in a multipolar world, trade liberalization in agriculture will come at different speeds for different countries. Fully open markets are unacceptable, socially or politically, for many states – developed and developing alike. This is all the more true in the context of escalating food prices and food insecurity.

The WTO still sets the rules for global trade. However, as the 2013 Bali Ministerial demonstrated, the global legal regime for agriculture is conspicuously weak. The rules do not adequately cover ‎domestic and export subsidies, or duties on sensitive products. So what’s to be done? Three more modest types of agreements suggest themselves.

The first type is developed-to-developed country agreements. These agreements provide an excellent opportunity for reducing barriers, as the parties have similar levels of development, raising fewer concerns for their respective populations. The Canada-EU Comprehensive Economic and Trade Agreement (CETA), for example, promises increased market access, including to the protected Canadian supply-managed sectors through the enlargement of quotas.

The second type is developed-to-developing country agreements. Consider the 2008 New Zealand-China bilateral trade agreement. While criticized for not giving comprehensive treatment to services, investment and competition, the agreement contained significant improvements in market access for New Zealand farmers. Exports to China from New Zealand have increased fourfold since signature, providing the milk and meat sectors with millions of new customers in China’s growing middle class.

As a subcategory of this second type, mega-regional agreements (MRA) or so-called ‘mega-preferential trade agreements’ can also include developed and developing nations. One of the largest MRAs currently under negotiation is the Trans-Pacific Partnership (TPP), which includes countries in Asia and the Americas, with the US at its core. Malaysia, Vietnam, Japan and others in the TPP could be exposed to more competition and discipline in agriculture. As a result, the TPP could build momentum for new global rules, much as NAFTA and European economic integration helped propel the WTO Uruguay Round outcome.

A key question is whether the TPP will be sufficiently ambitious to address the ‘white goods’ issues of protected ­­­US sugar, Japanese rice and Canadian milk. For now, this seems unlikely, despite the potential benefits to consumers. Only an agreement with large benefits for each state, or one including more states, would create the incentive structure necessary to include sensitive agricultural issues.

The third type of negotiation offering policy innovation in agricultural trade is developing-to-developing country agreements. The Southern African Customs Union has opened up agricultural trade among its members – although it has been many years since its conclusion, and little has progressed since its signature. Domestic subsidies remain allowable, as in most bilateral agreements. These kinds of agreements serve as pilots, testing smaller amounts of liberalization.

For individual countries, there can also be a to-and-fro of policy improvements between the multilateral system and bilateral agreements: consider Mexico, where WTO membership, NAFTA and the EU trade agreement all removed layers of protectionism. Nevertheless, huge parts of the globe are likely to remain outside of any international push for agricultural liberalization for the foreseeable future: India, China, Russia and Saudi Arabia are all reluctant to conform to norms that they consider to have been created by advanced nations, and that are inconsistent with their domestic policies and interests. Each of these countries is large enough to set rules for its domestic economy, as well as influence others in its proximate region, albeit with the result of higher prices and diminished choice for consumers.

Because of its significance to GDP, national identity and employment, agriculture will continue to dominate the economic and political fates of many of the world’s states. In the same breath, the lack of advanced food systems – storage and distribution – in many developing countries will mean that their populations will continue to experience a high degree of food insecurity. Such states will not be disposed to open their markets. The WTO will therefore not be the solution. Instead, trading nations will have to look to innovative ways to meet demand and improve domestic agricultural systems in less advanced partners via bilateral and regional agreements. Mega-regional agreements may also prove to be the most practical force for confronting regulatory fragmentation and the domestic and export supports that distort international markets.

Variable geometry will, in short, mean that the bar of multilateral trade standards will be too high. In such a world, bilateral and regional free trade agreements are developments to be welcomed, not feared.

Ailish Campbell is the Vice President, Policy – International, at the Canadian Council of Chief Executives. She is a former member of Canada’s negotiating team to the WTO Doha Round.