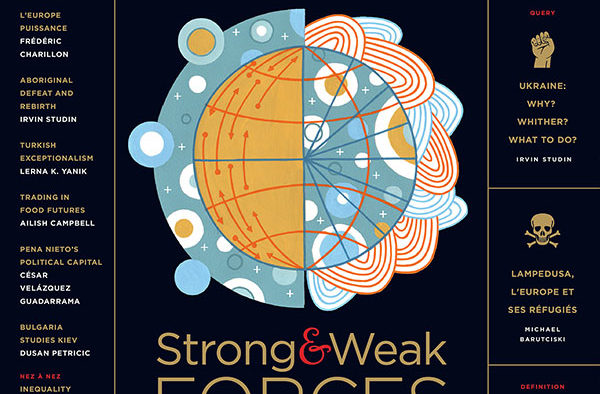 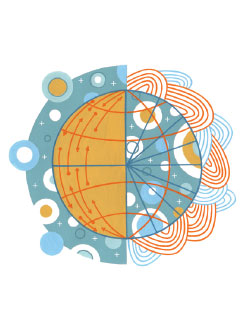 Some of today’s most attractive states and societies will not survive the century. Their internal constitution will be too complex, or their external foes too ferocious.

The concepts are from physics, but they are compelling for geopolitics, strategy, history and politics too. That humanity, which will approach 10 billion in number by mid-century, must live in a great variety and mixity of governing units across the territory of the planet seems a constant in world-historical time. The identities, arguments and practical compacts within these governing units and the societies that they house will, in this complex century, test the internal coherence and solidarity of these units, just as the units attempt to advance interests and projects and ideas in the broader world – often in contest with other units. It is not manifest that a unit should continue to exist where it proves incapable of negotiating the tension between the constitutional sphere (internal unity – the strong force) and the strategic one (projecting influence, changing minds, and indeed changing the world – the weak force, or gravity).

Ailish Campbell launches this number in One Pager, arguing that agriculture has exposed the limits of global trading rules, resulting in the need for more modest, flexible and opportunistic types of agreements between countries. In the lead Feature, the University of Toronto’s Joseph Heath decodes Canadian multiculturalism and divines the policy logic and political strategy behind Quebec’s Charter of Values. Timur Atnashev of the Russian Presidential Academy of National Economy and Public Administration takes on the curious case of Russian nationalism and the destabilizing contradictions that it poses for choices between blood and territory. GB Editor-in-Chief Irvin Studin repositions the Aboriginal question in Canada as fundamentally a psychological-spiritual one stemming from strategic defeat, and therefore requiring psychological-spiritual resuscitation of the Aboriginal people into political co-equals in the governance of the country. GB Associate Editor Michael Barutciski sees the seemingly insoluble problem of Lampedusa’s refugees as symptomatic of a larger malaise at the heart of the EU. Finally, Frédéric Charillon of the École Militaire’s Institute of Strategic Research in France’s Ministry of Defence waxes sceptically about the future of conventional state power in the face of unusual and motivated enemies.

In Tête à Tête, GB assesses the state of Africa post-Mandela with Ngaire Woods, the newly minted dean of Oxford’s Blavatnik School of Government. GB asks former federal opposition leader and Ontario premier Bob Rae about the ties that bind and ought to bind citizens in Canada, the UK (the Scottish question oblige), Sri Lanka and other theatres.

In Query, Irvin Studin explains what happened in Ukraine’s revolution, and suggests possible Ukrainian futures. Sciences Po’s Zaki Laïdi, for his part, explains why the idea of a proper European grand strategy must finally be put to rest, and why France is today Europe’s most credible power.

In Nez à Nez, James Radner of the School of Public Policy and Governance, University of Toronto, tussles with Fred Lazar of the Schulich School of Business, York University (Toronto), on the vexed question of whether inequality is truly a drag on global growth.

In The Definition, we return to Africa’s post-Mandela futures with international jurist Daniel Didier Preira, the University of the Witwatersrand’s law dean Vinodh Jaichand, and Ababacar Mbengue of Rheims University. GB asks who will win the upcoming World Cup in Brazil in Strategic Futures. In Situ reports come to us from Khadir Has University’s Lerna K. Yanik in Ankara, where Turkey’s (negative) exceptionalism picks up steam, and from Mexico City, where Universidad Iberoamericana’s César Velázquez Guadarrama counsels on improvements to President Pena Nieto’s impressive legislative reforms.