Emerging Markets Back in the Box

Emerging Markets Back in the Box 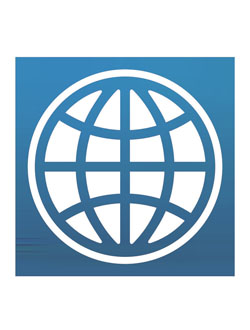 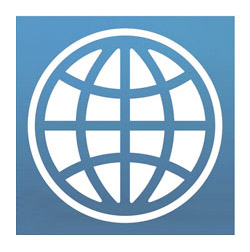 They wasted time and opportunity during the boom. Now, as their fortunes wane, they must change the world

The destinies of emerging markets are only partially under their control. Both their rapid ascent and their recent wobble have been driven by external forces. First, China’s high savings rates, intensive investment and years of double-digit growth rates drove a commodity boom from the early 2000s onward. Chinese demand for raw materials was so strong that it sustained commodity prices even as industrialized countries slipped into crisis in 2008. Emerging commodity exporters benefited greatly.

Second, emerging markets profited from a long-running credit boom in industrialized countries – one that made it historically inexpensive for emerging markets to finance themselves. After the dot-com crash in 2000-2001, the US Federal Reserve kept policy rates low until 2004. When the current crisis broke out, central banks pushed policy rates down to near-zero and used quantitative easing (QE) to further ease credit conditions. Investors pushed a ‘wall of money’ toward emerging markets in search of higher yields.

Both forces are now in retreat: Chinese growth has slipped below eight percent, and the Fed’s talk of tapering QE is pushing up market rates in the US. Emerging economies are getting broadsided by higher borrowing costs and weaker demand for their goods. The prospect of tapering QE is also driving the wall of money back to developed markets. Emerging countries with external account deficits – economies that rely on foreign credit to finance consumption – are seeing the biggest withdrawals by investors.

Alas, emerging markets wasted the benign conditions provided by Chinese demand and the wall of money: they failed to undertake difficult reforms. Rather than welcoming cheap money as a godsend, many emerging-market leaders complained that their national currencies were appreciating, making their exports less competitive. Brazil, South Korea and Turkey, among others, enacted and intensified capital controls.

This was a mistake. Stronger currencies should have been seen as a means to import technology and improve competitiveness. Tariff barriers could have been dropped and tax incentives provided to make this happen. Instead, several emerging countries pressed the IMF to soften its longstanding opposition to capital controls. In 2011, they succeeded.

Most emerging-market governments should have used the last few years of easy money to address infrastructure bottlenecks, energy supply problems, financial sector weaknesses, regulatory inefficiencies, and narrowly concentrated industrial sectors. Of course, supply-side reforms are hard: they are complex, run against vested interests, and seldom produce quick returns. But in the absence of such reforms, most emerging markets remain difficult, bureaucratic and inflexible places in which to do business.

Emerging markets also missed a chance to change the world. They held enormous leverage during the crisis: Europe desperately needed fresh capital, and emerging markets held about two-thirds of global foreign-exchange reserves. These countries could have insisted on deep reform of the IMF, the World Bank and the WTO. They negotiated some increased voting power and more IMF Board chairs. But they did not seal US Congressional agreement on the deal – leaving it dead in practical terms.

If emerging economies falter now, no one can save them. Basic measures are needed to make the world economy more resilient. First, the IMF should be much bigger. Almost all of the IMF’s new loans to sovereigns since 2008 have been so large that the Fund has had to invoke exceptions to its lending guidelines. Thus, if industrialized countries stumble, the IMF will not have the resources to pick them up.

Third, the international toolkit for handling sovereign crises has to be improved. A neutral venue – a sovereign debt forum – is needed to bring creditors and debtors together systematically to address sovereign crises proactively. This forum should be complemented with measures to simplify debt rollovers, coordinate creditors, and write down debt when countries are insolvent. These efforts can make future crises less costly and less destabilizing.

Emerging markets dropped the ball. That ball needs to be picked up and moved down the field. 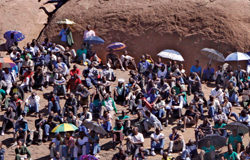