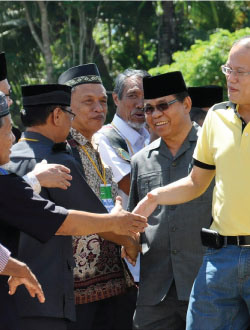 The signing of a Framework Agreement on the Bangsamoro on October 15th, 2012 had been hailed as a milestone in relations between the Philippines and the MILF – a Muslim rebel group that has been waging armed insurgency in the southern Philippine island of Mindanao since its formation in 1977. (The Bangsamoro is a new autonomous political region intended to replace the Autonomous Region of Muslim Mindanao.) Nevertheless, given the string of failed agreements between the Philippine government and various Mindanao-based rebel movements, including the Tripoli Agreement of 1976, the Final Peace Agreement of 1996, the Agreement on the General Cessation of Hostilities of 1997, the Tripoli Agreement of 2001, and the Memorandum of Agreement on Ancestral Domain of 2008, what reasons are there to believe that the most recent Framework Agreement will not meet the same fate?

To be sure, there are reasons to be skeptical: all of these earlier agreements were signed with the same hope that we see in Mindanao today; all ended in despair as conflict resumed. Having said this, the Sabah (Lahad Datu) incident is no deal-breaker: at worst, it is tangential to the Manila-MILF peace process. More importantly, though, three important factors are at play today where they were previously absent. Combined, these factors are cause for cautious optimism.

Second, international actors have played a more sustained and positive role than in the past. Local community-level peace initiatives have been given a tremendous boost by the Malaysia-led International Monitoring Team (IMT). When it began in 2004, Malaysian facilitation of the peace process leading to the Framework Agreement was viewed with suspicion in many quarters in the Philippines. The prevailing view was that Malaysia’s involvement was driven primarily by its interest to suppress any prospect of a revival of the Philippine claim to the East Malaysian state of Sabah, which Manila has yet to officially disavow. According to this interpretation, the objective of Malaysian facilitation was not to resolve the conflict, but rather to prolong it. Hence, in order to bolster its credibility, Malaysia could not be seen as the sole international actor in the mediation process. In fact, in spite of Lahad Datu, both Manila and the MILF have been adamant in pointing out that “Sabah is not part of the agenda[,]” and that Malaysia’s facilitation has been an “institution” in the negotiations.

The internationalization of negotiations dispelled any suspicions that the peace talks were opaque and controlled by Malaysia. There followed, in early 2012, the deployment of an Indonesian military contingent and ceasefire monitors to bolster the IMT – thereby contributing further to the legitimacy of the mediation effort.

As early as 2005, the UN Development Program’s Philippine Human Development Report identified economic factors as the main driver of conflict and violence in Mindanao. The problems currently encountered by the Autonomous Region in Muslim Mindanao, which was formed out of the 1996 Final Peace Agreement, clearly show that the absence of significant improvements in quality of life has made communities and individuals vulnerable to extremism and violence.

Mindanao’s economic potential is undeniable. The region is a natural draw for industries such as power generation and large-scale agriculture. Already, Malaysia’s Felda Global Ventures, the world’s largest producer of crude palm oil, has expressed interest in investing in Mindanao with an eye to converting the estimated one million hectares of otherwise fallow grassland to palm oil plantations. Further out from Central Mindanao, the areas of Liguasan Marsh, the Cotabato Basin, and the Sulu Sea – all part of the prospective Bangsamoro lands to be defined under the Annexes to the Framework Agreement – are potentially energy-rich areas that have elicited attention from international oil companies.

There is no doubt that immense challenges lie ahead for Mindanao. For starters, the Framework Agreement is not yet a complete document. As of April 2013, only one annex – on “Transitional Arrangements and Modalities” – had been completed. The more critical annexes on power sharing, wealth sharing and normalization remain incomplete. Philippine panel head Miriam Coronel Ferrer projects that by the end of 2013, a Final Peace Agreement will be inked, and that the Basic Law will be completed and approved in a 2014 plebiscite. Only this can pave the way for the creation of the Bangsamoro Transition Authority that would provide Filipino Muslims with meaningful autonomy by 2015.

The institutionalization of the newly conceptualized relationship between the Philippine government and the new Bangsamoro political entity may take several more years. Given that rogue elements of the MILF have rejected the Framework Agreement, there is also the possibility of a return to conflict. Nevertheless, for the aforementioned reasons, the Framework Agreement provides a firm basis for development, political participation and empowerment for the Bangsamoro people of Mindanao in ways that previous agreements did not. The fruits of peace in Mindanao are now there to be harvested. With the Framework Agreement in place and a Transition Commission already convened, perhaps the actors concerned finally have the right tools in their hands to do the job. 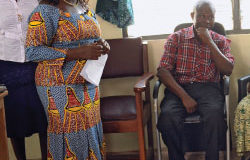