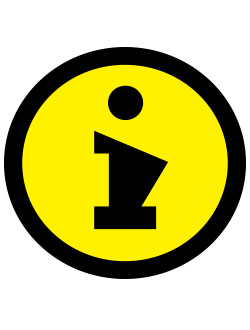 Edging toward the sweet spot of new-century governance

Enter the info-state. The info-state – today one of a growing number of dynamic and entrepreneurial cities, city-states or small nations scattered around the world – governs as much through data as via democracy.

Scholars have for decades appreciated political mutations that drive international competition and result in new forms of governance. In 1941, Harold Lasswell emphasized the rise of politico-military elites, such as in Imperial Japan, that shaped the ideology of ‘garrison states.’ In 1996, Richard Rosecrance forecasted a transition toward ‘virtual states’ that downsized geography and outsourced production, while investing more in human and portfolio capital than territorial expansion. Building on this logic of the economic over the political, Philip Bobbitt’s Shield of Achilles (2002) traced the advent of the ‘market state’ era, in which the maximization of individual commercial opportunity defines national power and success. Japanese business strategist Kenichi Ohmae then set the stage for the info-state era in The Next Global Stage (2005), which argued that urban agglomerations of city-states resembling the medieval Hanseatic League would become the world’s power centres.

The info-state draws on numerous important attributes of these previous – and still co-existing – units. The economic footprint supersedes the territorial, the urban industrial core and its human capital pool are the locus of value, and diplomacy is exercised by commercial and knowledge centres as much as by national capitals.

But the info-state also presents new mutations that were not conceivable in previous technological periods – a peculiar convergence of the Information Age and the devolved authority of city units and clusters. The critical shift lies in the manner of policy-making enabled by new technologies: governance is practiced in ‘real-time’ – through constant consultation, rather than through traditional, staggered democratic deliberation. In a sense, this is a post-modern democracy – or even ‘post-democracy’ – that combines popular priorities with rationalist or technocratic management. On this logic, data-driven policy might mean more objective measurement of progress, more evidence-based policy, and more accountability of leadership.

Already there are notable info-states across several continents and cultural zones, underscoring how this is already a worldwide phenomenon set to grow at the intersection of technological spread and pragmatic governance. New York City, for example, has long been a global hub due to its financial sector. But only in the past decade, as a consequence of the 9/11 attacks and the global economic crisis, has New York undertaken to bolster its own security and intelligence capabilities, and then to diversify into IT and bio-sciences research – thereby becoming the US’s second technology hub after Silicon Valley. Switzerland is in effect a ‘cities-state’ – a conglomeration of specialized centres in banking, research, engineering, hospitality and other sectors. Israel has also made economic diversification into technology sectors a national priority, distributing so much funding for small-scale entrepreneurs that it has earned the title ‘start-up nation.’ Of course, both Switzerland and Israel are also garrison states even as they provide advanced connectivity to global knowledge and markets.

Estonia and Dubai are two far newer info-states. Emerging from the Soviet shadow, Estonia quickly reclaimed Scandinavian and European allegiances, joining the EU and the Eurozone. Its IT industry’s outsized exports have earned it the nickname ‘E-stonia.’ The country’s digital culture is so embedded that, as of this year, many primary school students will begin learning computer programming. And although politically subservient to Abu Dhabi, the UAE emirate of Dubai – the flagship economic anchor of which is the Dubai International Financial Centre (DIFC) – is seeking to become the unofficial capital of the Arab world through intense infrastructural development and a melting-pot culture. While remaining strictly monarchical in rule, Dubai actively uses social media and e-government initiatives to canvass popular sentiment, having invested heavily in knowledge clusters for both international entities and local benefit.

The most evolved info-state is likely Singapore. The tiny Southeast Asian republic is pioneering a new governance model based on a dynamic combination of data and democracy. In no other society is the efficient delivery of public services so diligently monitored through information gathering and key performance indicators. The SingPass system already puts all government functions within reach online, and a nation-wide fibre optic Internet rollout is scheduled for completion by 2015. With a physical sensor network that offers dynamic road pricing and detailed ecosystem monitoring, the city-state that calls itself a ‘living lab’ is itself a complex adaptive system of constant feedback loops resulting in continuous policy innovation.

There has never been, and there is never likely to be, any homogeneity among the nation-states, non-sovereign quasi-states, feudal kingdoms and tribal states, and, of course, the failed or failing states of our world. Amid this non-homogeneity, however, as democratic governance competes increasingly with raw, practical metrics of social welfare and outcomes, the end game for debates on good governance may yet see the info-state play an important bridging role.

Parag Khanna is a Senior Research Fellow at the New America Foundation, Director of the Hybrid Reality Institute, and co-author of Hybrid Reality: Thriving in the Emerging Human-Technology Civilization (2012). 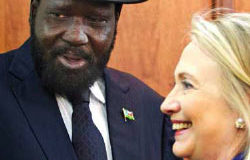