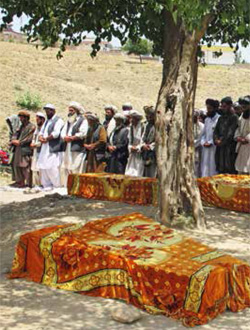 The first week of August 2012, like those that came before it, was a routine and fairly active week for several of the terrorist organizations involved in carrying out suicide attacks around the world. In the southern Yemeni city of Jaar, a suicide bomber linked to Al Qaeda in the Hijaz blew himself up in the middle of a gathering of mourners, killing 45 people – members of the tribes that support the Yemeni military in its struggle against Al Qaeda in the Hijaz and its partners. Some 4,300 kilometres away, in Damaturu, Nigeria, a suicide bomber linked to Boko Haram killed two civilians and six soldiers when he drove a car packed with explosives into a military barricade as part of the organization’s struggle against the Christian majority that rules that country. And in Mogadishu, Somalia, two suicide bombers linked to Al Shabab blew themselves up at the entrance to a government conference on the approval of a new national constitution – a constitution that includes the expansion of civil rights that contravene the laws of Sharia.

Modern suicide attacks became part of global terrorism in the early 1980s through the Shiite Hezbollah organization, which began using these methodically in Lebanon and later internationally. Suicide attacks spread to other countries, including Sri Lanka, Israel, Turkey, Kuwait and Croatia, among many others. Between 1983 and 2001, approximately 195 suicide attacks were executed in over 21 countries. At first, it was commonly accepted that suicide attacks allowed the organizations that carried them to destabilize the inherent ‘inequality’ in the asymmetrical struggle against opponents who possessed clearly superior strength. The authors of suicide attacks even went so far as to shoot videotapes of their missions, in which they presented these as acts of last recourse, perpetrated by warriors who were desperate but utterly committed to their goals. As such, suicide terrorism was lent a degree of legitimacy in the idiom of the ‘freedom fighters’ who typically fight against a conquering, technologically superior military.

The 9/11 attacks in the US were a watershed in suicide attacks – not just because they were a ‘premiere performance’ by a small number of participants who inflicted an unprecedented degree of human, physical, economic and psychological damage, but because they ushered in a rash of suicide attacks of conspicuously different magnitude from those that had come before. These post-9/11 attacks destabilized the notion that suicide attacks are a clear and distinct product of the struggle of local fighters against conquering armies. Instead, they pointed to suicide attacks as a readily available and practical tool in internal struggles that take place against a backdrop of political, religious and sectarian factors among groups with differing interests.

Pakistan stands third in the scope of suicide attacks carried out within its borders, despite the fact that it is not under occupation, and that there are no foreign forces on its soil. (A small contingent of CIA agents involved with the US drone programme, which targets Al Qaeda and the Taliban, are inside Pakistani territory.) Between 2001 and 2011, and especially since 2006, there has been an intensification of suicide attacks: roughly 350 attacks have been carried out to date. Some 70 percent of these were aimed at government and security forces, some 22 percent were carried out against a particular religious or ethnic group, and only 7.5 percent were aimed against foreign representatives operating in the nation. The attacks were carried out by groups like the Pakistani Taliban (along with Al Qaeda), the Haqqani network, Lashkar-e-Jhangvi and Lashkar-e-Taiba. All of these groups maintain ties with Al Qaeda.

Recent years have also seen an increase in suicide attacks in African nations like Somalia and Nigeria, as well as in Middle Eastern nations like Yemen and now Syria. In Somalia, 42 suicide attacks have been carried out since 2006 – the vast majority of these attributable to Al Shabab. Some 45 percent of these attacks were carried out against foreign targets, including journalists, African ministers and forces of the African Union. About 35 percent of the attacks targeted local government. The rest targeted senior government officials and other establishment and military targets, as well as civilians.

In Nigeria, which became a theatre for suicide terrorism only in the second half of 2011, some 21 suicide attacks have been carried out to date. Approximately 48 percent of these attacks targeted police and security personnel and assets, and a third targeted civilians – including in churches, as part of the religious campaign that Boko Haram is conducting to impose Sharia law. In Yemen, 35 suicide attacks have been carried out in recent years – mostly by Al Qaeda in the Hijaz and its affiliates. Some 47 percent of these were directed against military and security targets, and 30 percent against foreign targets. Roughly 20 percent took place in the context of inter-tribal rivalry. In Syria, 13 suicide attacks were carried out over the past nine months by opponents of the regime – some of whom identified with Global Jihad, which invested itself in the country in order to help topple the Alawite regime of President Bashar al-Assad.

It can scarcely be expected that the use of suicide attacks will disappear in the near future. The forward trends in these attacks depend largely on the degree to which Iraq, Afghanistan and Pakistan will become more peaceful and stable. It is also quite clear that suicide attacks have become an integral part of the arsenal of weapons at the disposal of more and more terrorist organizations active today – for several reasons. First, there are enough volunteers of both genders from around the world who are willing to join the ranks of these organizations and sacrifice themselves, in this way, for various causes and in the name of myriad worldviews. Second, this modus operandi has proven its efficacy in inflicting significant costs and pain on the adversaries of terrorist organizations. Third, suicide terrorism is a propaganda tool that gives the organizations that use it an image of might – thereby facilitating the psychological warfare against enemies, present and future. These factors have caused the use of suicide attacks to expand from a unique activity that was once thought to be exclusive to struggles against foreign occupying forces, to a part of intra-national conflict, including conflicts with various political, religious, sectarian and ethnic characteristics.

Countries suffering from the spread of this phenomenon to their territory, with the help of a credible international effort, must stanch it decisively while it is still budding – not just because of the physical and spiritual damage caused by suicide bombings, but also because of serious concerns regarding escalation and the possible evolution of attacks that use unconventional materials.

Yoram Schweitzer is Director of the Terrorism and Low-Intensity Warfare Project at the Institute for National Security Studies, University of Tel Aviv.

“The solution to the conflict in Yemen…

The Endless War? CT in the Early 21st Century

The ISIS Threat in Perspective 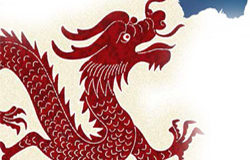