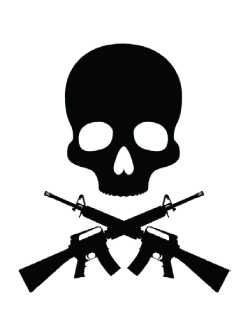 The efficiency of suicide attacks, a growing talent pool, and spreading ideology together pose a remarkable challenge in the defence

A report published in January by the Institute for National Security Studies (INSS) in Tel Aviv revealed that in 2014, nearly 4,400 people were killed in 592 suicide attacks in 16 countries. In 2013, there were over 3,200 fatalities in over 300 suicide attacks. In 2012, there were some 2,300 fatalities in over 200 suicide attacks. The spike in terrorist attacks in late 2014 and early 2015 – in Pakistan, Australia, Nigeria, Canada, France and Denmark – alongside the sui generis North Korean cyber-attack against Sony Pictures Entertainment, suggests a grim future in terms of global terrorism and asymmetric warfare. As jihadist ideology spreads across the Middle East through groups such as the Islamic State and Al Qaeda, and Boko Haram and Al Shabab in Africa, the growing scope and volume of religiously inspired terrorism is cause for world-wide concern.

Post-WW2 suicide attacks were first introduced in Lebanon in the early 1980s. Up to the year 2000, a total of roughly 200 attacks had taken place. After 2000, the number grew exponentially, with some 4,200 successful attacks recorded – an escalation attributable to the inherent and increasingly plain advantages of suicide bombings: first, lethality; second, cost-effectiveness in terms of manpower and technology; and third, their unique psychological impact and utility in propaganda, including for the purpose of recruiting future bombers.

Of course, suicide bombings represent but a marginal proportion of all terrorist attacks. And yet, in the absence of successful containment, the continuing turmoil plaguing the Middle East, Africa, and parts of Asia will set the stage for growing violence that will increasingly spill over into the West. The upheaval accompanying the Arab Spring in the Middle East and North Africa has created millions of refugees and displaced persons. Sub-state terrorist organizations have used this regional instability to seize control of vast swathes of land. Their power and prestige have, as a consequence, increased.

The Islamic State of Iraq and Syria (ISIS) is the most prominent example of a motivated organization that has profited majestically from the fallout in the Middle East by occupying land and proclaiming an intention to establish an ever-expanding Islamic Caliphate. Western external policies will continue to obsess over the struggle to stanch the momentum and pull of ISIS, and to prevent the spillover of war and religious fundamentalism into neighbouring countries and, more generally, into the territories and societies of the developed world. To be sure, one must also not underestimate African terrorist groups like Boko Haram and Al Shabab – both of which pose serious threats to stability on the African continent. These dynamics are unlikely to change for the foreseeable future.

Throughout the world, technological advances are becoming increasingly available to the highest or most cunning bidder – military, civilian or terrorist. The rapid increase in the use of computer-based military operations, including drones and sophisticated missiles, raises the number of potential battlegrounds, allowing terrorists to target high-profile locations and assets, from various species of critical infrastructure to public institutions.

These trends point to the fact that, in a globalized world, the ideas and behaviour of religious extremists will touch Western countries, societies and ideas with growing frequency and intensity. History teaches that ideas are not bound to one physical territory. As the number of Western citizens volunteering to fight for radical organizations grows, it is clear that the salafi-jihadist ideology, too, is not self-limiting. Increased immigration from conflict zones to Western countries, accompanied by bottlenecks in finding employment and rising alienation and tension between immigrants and local populations, will pave the way for the use of terrorism as an expression of protest and vengeance in the name of extreme ideologies.

The main challenge for the next five years will continue to be the search by states and allied actors for the appropriate theatres and loci to foil terrorist attacks on the one hand, and to diminish domestic and regional factors contributing to the growth in the frequency of such attacks on the other. States must seek not only to stop the bloodshed, but also to contain and tend to the strife and hardship of millions of refugees, as they are the potential pool from which future jihadist terrorists will emanate.

Yoram Schweitzer is head of the Terrorism and Low Intensity Conflict Research Program at the Institute for National Security Studies, Tel Aviv.

Strategic Space-Time, from Tokyo to UNHQ