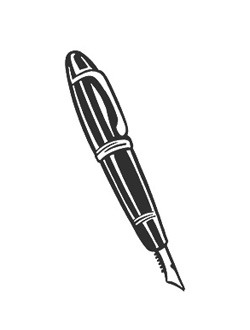 Unfortunately, there are at present two competing agendas at work in current international efforts. One agenda views constitutional transitions as moments of mass democratic engagement that must occur in a process that is itself democratic at every stage. On this logic, a constitutional assembly should be chosen at the earliest possible opportunity in order to draft a new, post-authoritarian constitution. The assembly should invite broad public participation to set its agenda. The debating and drafting of the constitutional text should take place in public, with ample opportunity for input by civil society. Finally, the entire constitution must be subject to democratic ratification in a popular referendum. This agenda is silent on the most divisive constitutional issues in transitional contexts. For example, on the choice of parliament versus president, or unitary versus federal state, proponents of this agenda have nothing to say. As long as a constitution has a democratic pedigree, it is legitimate.

A competing agenda sees constitutions as elite bargains. The most important ingredient for constitutional stability is that the major political interests have their core interests reflected in the constitutional settlement. The goal is to ensure that they have more to gain from living under a common constitutional order than by settling their disagreements in the streets. A successful constitutional process is one that is dominated by the most powerful political interests. Moreover, the result of that process should be a power-sharing arrangement that leaves no major interest without some public power. Stability trumps legitimacy.

What is needed is the development of an integrated framework for international support of constitutional transitions. Instead of two competing agendas at war with each other, each should be seen as appropriate to different stages of the constitutional process. When trust is low, and the potential for political violence high, democratic processes should be delayed in favour of those that are centred on the current distribution of power. However, we also need to ensure that we can eventually unwind power-sharing arrangements in favour of democratically elected regimes. The shift to democratic politics has to give those who could potentially lose power a stake in the system by providing them with the means to protect their fundamental interests. Electoral system design (e.g. proportional representation), legislative structure (e.g. bicameralism), legislative-executive relations (e.g. parliamentary government) and decision-rules (e.g. vetoes, super-majority requirements) are all designed to underwrite a shift to democratic politics.

In the rush toward democracy, it is tempting to gloss over these distinctions and contradictions. Constitutional lawyers are often accused of getting lost in the small technicalities, and of not seeing the bigger picture. But the details matter greatly to the success of constitutional transitions – and, to be sure, to the prospects of success for the Arab Spring.

Sujit Choudhry is Cecelia Goetz Professor of Law at the NYU School of Law, where he is the Faculty Director of the Center for Constitutional Transitions. 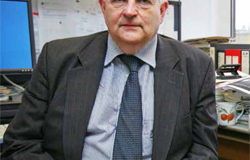 The Conseqences of the Crisis
INTERVIEW WITH MARTIN WOLF October 3, 2012