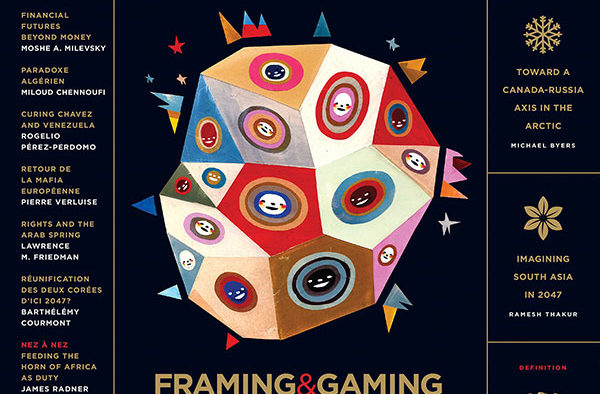 Could anyone, in 1912, have known what was about to come?

What will the next decade or two in international affairs look like? Who knows, really. And if we really undertook to know, where would our analysis even start?

But truth, as it were, has never been the enemy of the interesting. More seriously still, the difficulty of finding truth – in this case, of predicting the future – has never been reason enough for geokrats – readers of GB – to foreclose on the need to frame, divine and indeed approximate different possible (strategic) futures. To be sure, the very act of suggesting and arguing these different futures – in politics, geopolitics, business, culture and science – itself conduces to the creation of strategic culture: a nimbleness in one’s view and assimilation of the world in its infinite dimensions and permutations. And it is perhaps this strategic culture that, in the end, better prepares the strategist for the inevitable surprises and shocks of tomorrow than some ‘right answer’ issuing from a future-predicting algorithm.

The Winter 2012 issue of GB mines the brains of top thinkers in different fields in order to score some interesting volleys about the kinds of worlds that await us in the years ahead. What, for instance, will international competition look like? Where will it take place? What will be the issues and stakes? Who will play? And who – if anyone – will provide and enforce the rules of the game? Finally, how stable is the game itself?

Moshe A. Milevsky, Professor of Finance at the Schulich School of Business, York University (Toronto), leads off the issue in the One Pager by positing the onset of 21st century barter systems to replace paper currencies – in some countries, at least – in which people have ever- diminishing confidence. In our lead Feature, Nathaniel A. Raymond, Caitlin N. Howarth and Jonathan J. Hutson – variously of Harvard University, the Satellite Sentinel Project and the Enough Project – argue that the hyper-modern crisis mapping capabilities that underlay many of the political actions in the Arab Spring and even the recent ‘Russian Winter’ are in desperate need of ‘industry’ standards and a dose of professionalism. University of British Columbia scholar Michael Byers then makes a counterintuitive case for strategic alignment – at least on a one-off basis – between Arctic powers Canada and Russia in order to advance key common legal claims; in the event, largely to counter the claims of the US. Former CIA Acting Director John E. McLaughlin reflects on the far-from-certain future of intelligence in our third Feature. Miloud Chennoufi of the Canadian Forces College explains why, in the midst of the falling dominoes of the Arab Spring, Algeria – still recovering from the disappointments of an earlier ‘spring’ – remains a paradoxical outlier. And finally, Ramesh Thakur of the Australian National University imagines what South Asia as a region will look like in the year 2047 – a century after Indian and Pakistani independence.

In Tête à Tête, GB speaks with John Kay of the Financial Times about the future of competitive advantage and profits in international business. Michael Ignatieff, professor and former Canadian Liberal Party leader, tells us what we can expect of political contests a decade out. In Query, Stanford Law School’s Lawrence M. Friedman explains why human rights – even in the context of the Arab Spring debates – ought not to be seen as essentially ‘Western’ in nature, but rather as an outgrowth of the modern condition. Barthélémy Courmont of South Korea’s Hallym University, for his part, asks whether the two Koreas – new leader in the North or not – will finally be reunited by mid-century. In Nez à Nez, James Radner of the University of Toronto’s School of Public Policy and Governance squares off against John W. McArthur, formerly of Millennium Promise, on the question of whether advanced countries have a positive duty to help feed the people of the Horn of Africa. In The Definition, we enquire into the character and magnitude of Germany’s peculiar responsibility in and for Europe: Mareike Kleine of the London School of Economics, Jan Techau of Carnegie Europe and Hans Kundnani of the European Council on Foreign Relations weigh in. In Strategic Futures, Helen Stacy of Stanford University, Leonid Kosals of the Moscow Higher School of Economics and David Scheffer of Northwestern University’s School of Law assess the consequences, by the year 2022, of the still-embryonic, but nonetheless growing trend of high-profile international human rights prosecutions. In Situ reports come to us by Rogelio Pérez-Perdomo from Caracas, Venezuela, where President Chavez convalesces and a new presidential election looms; and by Pierre Verluise from Florence, Italy, where the multiple crises in the EU ‘shadow’ – as it were – the resurgence of Europe’s mafia. GB also insinuates itself into the Cabinet Room of Jamaica’s brand new government under Prime Minister Portia Simpson-Miller. Douglas Glover closes the book in Epigram.