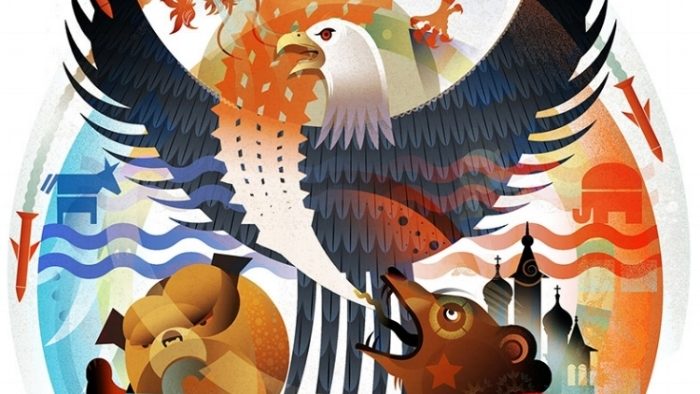 It has been a few weeks since President Obama was selected to receive the Nobel Peace Prize. Since then, three rationales have emerged as potential justifications for the award: (1) President Obama has been recognized for his past year’s accomplishments; (2) President Obama is being encouraged to pursue multilateralism; and (3) the award serves as a rebuke of the Bush administration. This commentary individually analyzes each justification.

The Nobel Prize awards “the person who shall have done the most or the best work for fraternity between nations, for the abolition or reduction of standing armies and for the holding and promotion of peace congresses.” The Nobel selection committee explicitly stated that it was awarding President Obama for his “extraordinary efforts to strengthen international diplomacy and cooperation between peoples,” as well as his vision of a nuclear weapon free world.

President Obama’s short tenure initially cuts against the accomplishment justification; indeed the president himself characterized the award as a “call to action.” However, the justification resonates at a theoretical level when considering the presidency’s global agenda-setting capabilities. As the leading world power, the US establishes the global agenda regarding today’s critical issues. The president’s tenor necessarily sets the course for international dialogue. and can eliminate stagnance surrounding intractable issues. As such, the mere recalibration by the president of existing international policies can have a profound influence on the resolution of global problems.

Thus, President Obama’s foreign policy adjustments – some stated, and others already executed – have likely had considerable impact. For example, his engagement with the WTO and IMF regarding the global financial crisis, his stewardship of the UN Security Council nuclear disarmament summit, his ongoing diplomatic talks with Iran regarding its nuclear programme, and his pronounced effort to engage the Muslim world, have already established an international environment where the costs of sewing discord are raised. These indisputable and (in some cases) seismic adjustments of US policy vis-à-vis the policy posture of the previous administration are the crucial first steps in resolving a host of international problems. Of course, President Obama’s award is premature when compared with the substantial achievements of others. This commentary simply acknowledges the “accomplishment justification” as plausible, if “accomplishment” is defined in the context of the US president’s special agenda-setting powers.

Caution is warranted, however, in taking this analysis too far. Acknowledging President Obama’s policy positions does not exonerate other countries from fulfilling their own responsibilities regarding threats to global peace. A fine line exists between recognizing, on one hand, the impact of US leadership on international issues and, on the other hand, the fallacies that: (1) appropriate US leadership will solve all international problems or (2) that the absence of such leadership always causes those problems. President Obama’s nomination for the prize so early in his presidency suggests that these dual fallacies factored into the decision.

The reality is that various countries’ leadership and policies contribute to international problems, independently of US policy. Iran skirts the non-proliferation regime. Russia invaded Georgia, and, along with China, obstructs Security Council responses to the situation in Darfur. China, India, and Brazil stall the establishment of CO2 emission targets. Somali pirates disrupt commerce. Pakistan sacrifices counterterrorism initiatives in order to posture on its Indian border. Israel and Palestine each contribute to their collective morass. By feeding such problems, these countries, and others, individually threaten global peace.

The blanket assertion that US policies necessarily cause and/or solve all these problems is an avoidance mechanism employed to deflect true culpability. Indeed, all countries must assume their share of responsibility for their impact on international problems. This is especially true in situations, like those cited above, where the impact of US policy is secondary. And, for problems in which US policy plays a more central role, other countries must still follow US leadership in transforming aspirations into changed behaviour and, ultimately, into peace-achieving accomplishments. This will only occur if countries – including the US – choose to look beyond their own interests to find solutions through mutual cooperation.

A second justification for awarding President Obama the prize is to encourage and legitimize his stated commitment to multilateralism. The selection committee “wants not only to endorse but contribute to enhancing that kind of international policy and attitude which [President Obama] stands for.” While it is unclear what particular “international policy” is envisioned, one can presume it includes, inter alia, some combination of the following: deeper UN engagement; ratification of the Rome Statute of the ICC; re-engaging as a neutral arbiter in the Arab-Israeli conflict; softening the US military presence in Afghanistan; and committing to the global climate change regime. Proponents of this justification argue that a premature awarding of the Nobel Peace Prize is nevertheless justified if it helps President Obama to make significant headway in these areas.

The obvious counterargument is that this strategy misreads the US domestic political climate. The political “right” constantly miscasts President Obama as a US apologist and a panderer to tyrants, dictators and socialists. The Peace Prize, rather than bolstering the president’s foreign policy, might have the paradoxical effect of emboldening this domestic opposition. For example, a recent US Republican fundraising letter following the award stated: “The Democrats and their international leftist allies want America made subservient to the agenda of global redistribution and control. And truly patriotic Americans like you and our Republican Party are the only thing standing in their way.” One can expect similar statements in the future. Depending on the intensity of future criticisms from President Obama’s political opponents, the selection committee may have committed a strategic error.

A third potential justification for the award is that it serves as a rebuke of the Bush administration. This must be considered a possibility, considering both the timing of President Obama’s nomination, and that the committee has been previously criticized for making similar political statements, with its 2002 awarding of President Carter, and its 2007 awarding of Vice President Gore. If this was a justification for the award, the selection committee deserves criticism. Such a rebuke is based on similar impulses – retribution, vindictiveness, partisanship, bitterness, a need for self-validation – that perpetuate the various international problems that President Obama is being applauded for endeavoring to solve. It is thus a hypocritical step away from notions of fraternity and peace – two of the ideals embodied in the Nobel Peace Prize.

Neville F. Dastoor is an attorney specialized in international law. He has worked in India for a human rights NGO, and has completed a tutelage at the International Criminal Court in The Hague, Netherlands. Dastoor has published on issues of international concern. Between 2004 and 2007, he worked as a private litigation attorney in Tampa, Florida.