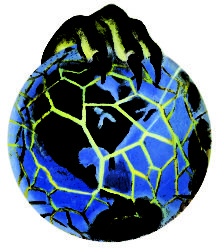 Can the Centre Hold Amid the Chaos? And Which Centre, Besides?

The world is far from ablaze. Life in the public sense remains comparatively sweet for most. Strategic life, too, is not yet abysmal. But the forces of incoherence, incomprehension and inanity are fast gathering…

Happy 10th anniversary to and from GB !

The GB team has worked hard to bring you this special number. How we have grown over the past decade.

GB’s readership is today patently global, on all continents. Headquarters is still Toronto, but GB seeks to analyze, move and reframe debates, at the highest possible levels, across the sectors, in a very large number of countries, in many languages and across myriad cultures and mentalities.

We celebrate this anniversary with a spectacular new website and a historical national mini-conference on the future of the Arctic, held this past July in Toronto, in partnership with the Government of the Northwest Territories. If Asia is the future, then the Arctic space – just as big – is the next future. GB is interested heavily in both.

Now, back to the intellectual matter at hand. Can we – the world, individual countries and societies – keep it together? Is the nucleus (the core) sufficiently robust to survive bombardment or the fierce centrifugal pulls on its constitution? Can the nucleus – or nuclei – be renewed, buttressed or consolidated? If so, how? Through new institutions? Ideologies? Talent?

Or will the nucleus at long last yield its innards, releasing destabilizing, often wicked energies into the human condition of this early new century? Will this payload be delivered gradually, through the erosion of a thousand cuts of strategic, political, policy (and moral) negligence and incompetence, or will the explosion be abrupt and cataclysmic, upending the stupor of the comfortable who still believe that tomorrow must be like today and yesterday.

Michael Byers of the University of British Columbia fronts this 10th anniversary issue of GB in the One Pager, meditating on the future of state space activity and regulation and the prospects (probability?) of international cooperation.

In the lead Feature, GB Editor-in-Chief Irvin Studin deliberates the ‘American Question’ – to wit, the prospects, all things considered, for American survival (and the quality of this survival) this century. Frédéric Charillon of the Université Cermont Auvergne and France’s École nationale d’administration asks whether Europe can at last begin to ‘think for itself’ – in strategic terms – in the face of Washington’s pressures and caprices. Irvin Studin then insists that, in the Canadian context, there are five key moves to give Canada the psychological and material wherewithal to ‘think for itself,’ consistent with the country’s own realities and imperatives. Ramesh Thakur of the Australian National University deconstructs the India-Pakistan relationship in general and the conflict in and over Kashmir in particular, offering some prescriptions for exit. Lastly, GB Managing Editor Sam Sasan Shoamanesh and Irvin Studin analyze the state and possible futures of international and global institutions and governance – including some of the imaginative prescriptions coming out of the Institute for 21st Century Questions (now celebrating five years of significant practical influence on a variety of national and global challenges – or questions, as it were).

In Nez à Nez, GB interviews Alex Himelfarb, former Clerk of the Privy Council and top bureaucrat to three Canadian prime ministers, on the pressures and opportunities for Canada and Canadian society brought about by climate change. GB then sits down with Kanti Bajpai of Singapore’s Lee Kuan Yew School of Public Policy to understand the possible futures of India and Indian strategy in the context of a Modi 2.0 government.

In Query, Mara Karlin and John E. McLaughlin, both of SAIS at Johns Hopkins University, reflect on what exactly to call this particular era in international strategy in general and American foreign policy in particular.

In Nez à Nez, GB Associate Editor Michael Barutciski and the University of Marburg’s Wolfgang Krieger debate the relationship between today’s mass migration movements and political populism in open societies in Europe, the Americas and Oceania.

In Definition, Sam Sasan Shoamanesh, Murat Yesiltas of the SETA Foundation in Ankara, Saeed Khatibzadeh of the Institute for International and Political Studies in Tehran, Ross Harrison of Georgetown University, Andrey Kortunov of the Russian International Affairs Council, Benedikt Franke of the Munich Security Conference, and the National University of Singapore’s Kishore Mahbubani and Yanan Tan make their cases on the future look and constitution of regional security in West Asia.

In Strategic Futures, GB asks for advice for the new Ukrainian president, Vladimir Zelensky, from Eduard Afonin of the National Academy of Public Administration in Kiev, Yuriy Romanenko of the Ukrainian Institute for the Future, and also Irvin Studin.

In Situ comes to us from Oslo Norway via Marc Lanteigne of the University of Tromso. GB is in the Cabinet Room of Belize this time round, listening in on top-secret deliberations on Central American migration, the Trump administration and the Mueller Report. Douglas Gover closes this special book in Epigram.

Sincere thanks to our readers around the world, our remarkable writers, supporters and friends. Here’s to the next decade – we promise it won’t be boring.