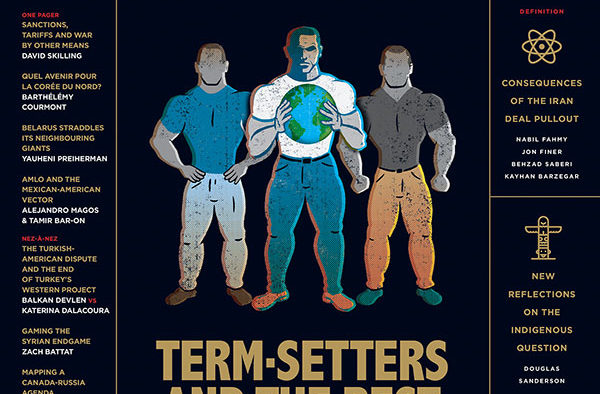 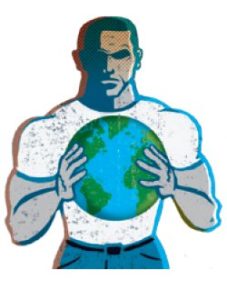 Some countries and peoples presume by instinct and culture to make the rules. Some are fighting to get into that group. Others are not. And others still do not even realize the game is afoot.

Some publications and analysts would have that we are living in a time of great powers: the US, China and, perhaps, to a less impressive extent, Russia. No others need apply just yet.

But the dominant game is far more subtle and sophisticated than that: great powers compete for power, security, and more power and security still. The 21st century is so interconnected that the bigger prize is dictation: Who sets the terms for the world’s thinking and behaviour? And who lives – consciously or unconsciously – according to the terms set by those term-setters? Those are the key questions.

On this logic, Russia fits comfortably into the world of great powers – term-setters – this century, and very consciously so. China, even more so. And the peculiar behaviour of the relatively new administration in Washington suggests, if anything, that President Trump, too, is more concerned about term-setting than strategic power for its own sake. Set the logic – the cage, as it were – for your friends and enemies alike, and you will be king (or queen, depending on the terms).

Of course, other countries and other people, on all continents, are also aspirants to or candidates for term-setting achievements this century. This may not be in grand strategy or geopolitics, but in culture, business, sport, science, and indeed any area of human thinking, behaviour and endeavour. Who may succeed and who will fail – and how – are the matters that exercise us in this issue of GB.

David Skilling, of Singapore’s Landfall Strategy Group, launches us into the number in the One Pager, explaining the growing use – surgical and chaotic alike – of sanctions, tariffs and other instruments of war by other means. In the lead Feature, GB Editor-in-Chief Irvin Studin pens an open letter to Prime Minister Justin Trudeau of Canada, arguing that the new USMCA Agreement with the US and Mexico will have devastating consequences for the strategic reputation and strategic future of the country he leads. Andrey Kortunov, of the Russian International Affairs Council in Moscow, reflects on whether, when, and under which circumstances Russia can return – as it inevitably must – to Europe; perhaps, as he argues, via Asia (or even via a Greater Eurasia). Barthélémy Courmont, GB Geo-Blogger in French and also of the Université catholique de Lille, distills four scenarios for the future of North Korea in the wake of the apparent quasi-détente with the US and South Korea. Finally, Douglas Sanderson of the University of Toronto’s Faculty of Law imagines what a Canada that is more just vis-à-vis its Indigenous people – and, as a result, far more constitutionally complicated – would look like over the course of this century, and whether this political-strategic entity can even be properly governed given its multiple moving parts and pressures.

In Tête à Tête, GB speaks with Nathalie Tocci, director of Rome’s leading Instituto Affari Internazionali, about the present health and future of the European project in general, and of Italy in particular. GB then exchanges with Jeremi Suri, GB Geo-Blogger and top presidential thinker at the University of Texas at Austin, about the genesis, decision-making and coming year or two of the Trump administration in particular, and of the US and American civilization more generally.

In Query, GB Senior Editor Zachary Paikin proposes a forward bilateral agenda for the unlikely strategic dyad of Canada and Russia, working from the Arctic and then well beyond. GB Junior Editor Zach Battat games the endgame in Syria.

In The Definition, GB examines the consequences of the American pullout from the Joint Comprehensive Plan of Action (JCPOA) – the Iran nuclear deal – and what’s to be done next. Former Egyptian foreign minister Nabil Fahmy, Jon Finer, former chief of staff to US Secretary of State John Kerry, Iranian diplomat Behzad Saberi, and Kayhan Barzegar of Tehran’s Islamic Azad University weigh in. In Strategic Futures, GB asks which African country or countries have term-setting potential this century. The answers come from Niagalé Bagayoko of the African Security Sector Network in Ghana, Amnesty International’s Stephen Lamony, and Herbert M’cleod of the International Growth Centre in Liberia and Sierra Leone.

In Situ reports come to us from Minsk, Belarus via the Minsk Dialogue’s Yauheni Preiherman, and also from Mexico City via GB Spanish Geo-Blogger Alejandro Magos and Tamir Bar-On of Tec de Monterrey in Queretaro. GB is in Ethiopia’s Cabinet Room, catching the in-camera debates just before the recent cabinet shuffle in Addis Ababa (and perhaps even causing that cabinet shuffle). George Elliott Clarke, former Canadian parliamentary poet laureate, closes the book in Epigram.