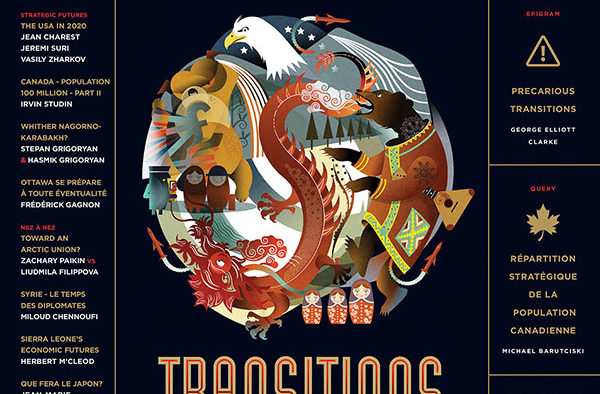 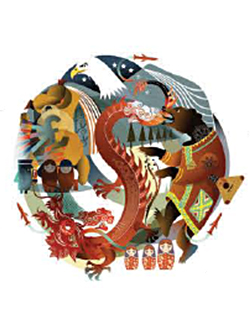 Transitions of Power, Place and Prestige

The times they are a changin’. But to what end? And will it all end well?

GB does not do fake news. We are neither blog nor op-ed, neither Facebook post nor cathartic tweet. Each issue of GB is a proper book – editorially, artistically, and in the intended duration and punch of its content and message. Our team works tirelessly to deliver to our readers around the world cutting-edge analysis, commentary and ‘proposals’ in order to demystify the complex, affirm the difficult, and crowd out the fake – the pretenders. Each sentence – each fact, name, date and claim – is verified several times over. And then again, for good measure.

From the presidential transition in the US to the manifest transition in the international balance of power, confidence and prospect, what still seems fairly plain is that world events, while still largely peaceable, in the grand scheme of history, are increasingly kinetic. This makes them not only difficult to anticipate (we have always been bad at that), but perhaps more critically, difficult to frame intellectually – even for those who profess to carry synoptic vision. GB will not always keep its powder dry in this respect, but it promises to remain ever porous, incorporating inputs from the globe entire, in all languages, from the different ideologies and traditions. Perhaps we can then, over time, humbly, triangulate…

Razeen Sally of Singapore’s Lee Kuan Yew School of Public Policy sets us off in the One Pager, tabling different ‘futures’ for global trade in the context of growing populism and protectionism. In the lead Feature, GB Editor-in-Chief Irvin Studin pens an open letter to President Trump, advising on how best to use American power given the world’s myriad problems and pressure points. Zvi Magen and Sarah Fainberg of the Institute for National Security Studies in Tel Aviv discuss the future evolution of the increasingly close (but contingent) relationship between Israel and Russia in the Middle East. Irvin Studin returns to his 2010 article in GB to discuss the state of the debate in Canada on the original vision of a country of 100 million people by century’s end – addressing head-on the various very legitimate critiques of the 100 million thesis. Miloud Chennoufi of the Canadian Forces College explains why the Syrian conflict has suddenly taken a turn toward the diplomatic, and how the endgame may play out (or not). Finally, Jean-Marie Bouissou, who represents Sciences Po (France) in Japan, meditates on the difficult strategic path that awaits Shinzo Abe in the context of the shifting postures of Washington and Beijing.

In Tête à Tête, GB speaks with Canadian geokrat Jennifer Welsh, of the European University Institute in Florence, Italy, about the possible shapes of the world – starting with the EU – five years hence. And then GB discusses Mexico’s bottom lines and likely counter-moves with former Mexican president Felipe Calderon.

In Query, Stepan Grigoryan and Hasmik Grigoryan of Yereven’s Analytical Centre on Globalization and Regional Cooperation tell us about the state of the seemingly insoluble Nagorno-Karabakh problem, further to last year’s short (second) war in that theatre. GB Associate Editor Michael Barutciski then turns to the vexing problem of how to distribute newcomers to Canada across the territory – more strategically, or according to the needs of the country and its regions.

In Nez à Nez, GB Junior Editor Zachary Paikin takes on Liudmila Filippova of the Russian International Affairs Council on the matter of whether a new Arctic Union should be created to bind the Northern powers in law this century.

In The Definition, GB asks what a solution to the conflict in Yemen would look like. Kayhan Barzegar of Tehran’s Institute for Middle East Strategic Studies, former Indian top diplomat Hardeep Puri, and Charles Schmitz of Towson University and the American Institute for Yemeni Studies, all weigh in. In Strategic Futures, former Quebec Premier and Deputy Canadian Prime Minister Jean Charest, Jeremi Suri of the University of Texas at Austin, and Vasily Zharkov of the Russian Academy for National Economy and Public Administration in Moscow conjecture about the shape and look of the US in 2020.

In Situ reports come to us from Ottawa, with Frédérick Gagnon of the Université du Québec à Montréal arguing that Prime Minister Trudeau and his government must prepare for any eventuality in the emerging Canada-US relationship. Herbert M’cleod, of the International Growth Centre, sends in a dispatch from Freetown on what awaits Sierra Leone. Finally, GB is in North Korea’s Cabinet Room to gauge the response of Kim Jong-un and his court to the advent to power of President Trump in the US.

< Back to current issue brief