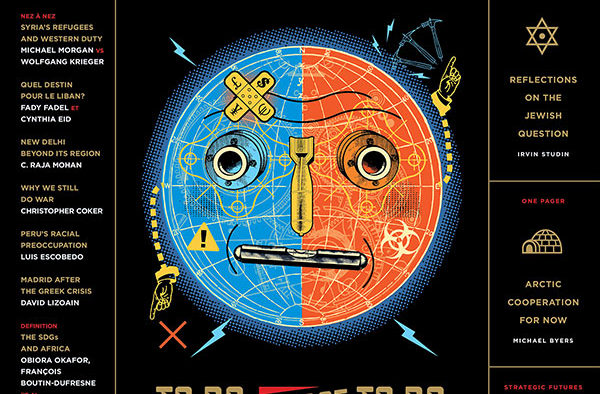 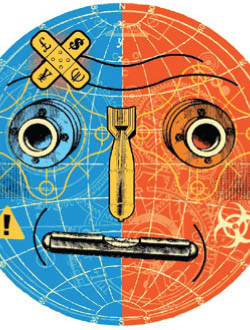 When to Say Yes, and When to Look the Other Way

How the instinct that says that one cannot just do nothing before horror must be balanced against the quiet prudence of incrementalism; even minimalism. Less can often be more.

Michael Cotey Morgan perhaps said it best in GB’s inaugural issue in 2009 when he wrote that one of the great paradoxes of international affairs is the notion that a small war can sometimes issue in a larger, better peace, while a bad peace can issue in terrible war and bloodshed. And yet, surely, the better human instinct is to peace. All that about the path to hell and good intentions (and good people)…

As the grand champion of modern international criminal justice Benjamin Ferencz tells us in this issue, the Holocaust in WW2 could not have been stopped with the mechanisms and instruments of international affairs available at the time. It could only have been stopped through even greater bloodshed – which is what indeed ensued (and not for the purpose of stopping the Holocaust, of course). Have our instruments become more efficient today?

Even if there is greater efficacy in these instruments (far from apparent at this time of writing), can different countries and parties see them as serving a common cause? Note that, while leading Western universities have by now graduated hundreds of PhDs specializing in the Responsibility to Protect doctrine, the universities of the former Soviet space have probably not graduated a single one in this field. The Western graduates anchor their moral and strategic imagination in 1994 – year of the Rwandan genocide (why did we not do anything?). For the Russian (and Ukrainian alike), 1994 is – wait for it – Chechnya. Rwanda does not make the top five.

To do or not to do – that is the question. And what to do, of course. Michael Byers of the University of British Columbia tops this issue in the One Pager position, arguing that, Russo-Western tensions notwithstanding, Arctic cooperation remains – for now – the dominant game for all Arctic states. In the lead Feature, John Kay of the Financial Times and Jesus College, Oxford, explains why our financial and fiscal crises are increasingly inevitable, and makes the case for deep simplification of the world’s financial sector. GB Editor-in-Chief Irvin Studin re-examines the still very relevant protective mission of Israel – now almost 70 years old – in respect of the Jews, and shows how sustaining this mission will become ever more difficult as the Jewish state continues to tick over beyond the 60-year shelf-life of most modern states. Douglas Sanderson of the University of Toronto’s Faculty of Law is back to reprise the theme of Aboriginal grand strategy – this time in the fraught aftermath of the recent summary report of Canada’s Truth and Reconciliation Commission. The University of Ottawa’s Peter Jones assesses the future of Track Two diplomacy in the wake of the recent Iran nuclear deal. And Fady Fadel of the American Business School of Paris and Cynthia Eid of the Université de Montréal study the state of Lebanon and ask whether that fragile country can continue to be largely exempt from the civil war in neighbouring Syria, and indeed the bloodshed in many parts of that region. (We are in the Lebanese Cabinet Room to observe Beirut’s rubbish crisis.)

In Nez à Nez, the aforementioned Michael Cotey Morgan is back with us, facing off against Wolfgang Krieger of the University of Marburg on the extent of the West’s obligations to Syria’s war refugees.

In Situ reports come to us from TEC de Monterrey-Queretaro’s Luis Escobedo in Lima, Peru, as well as from former Socialist Party of Catalonia policy adviser David Lizoain in Madrid, Spain. George Elliott Clarke, Toronto’s poet laureate, continues to hold the pen in Epigram. He closes out our Fall 2015 book. 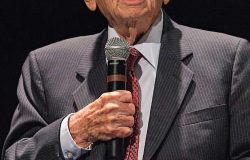