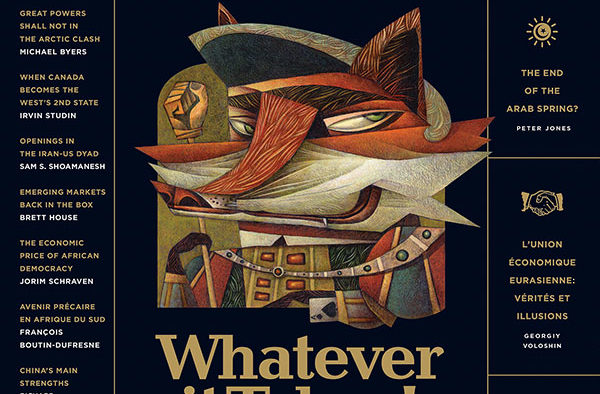 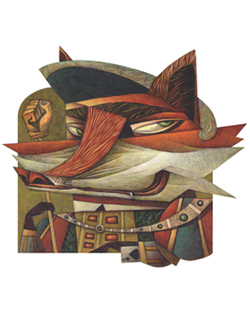 Every Great Deed Requires a Strategy and a Strategist

Machiavelli is misunderstood. All new-century princes – public and private alike – will have to be shrewd to achieve important goals in a precarious world

GB is five years old. Launched in 2009, the magazine is today sold in the leading stores in nearly a dozen countries around the world, on every continent. Demand continues to grow, with the magazine having held launch events in cities ranging from Toronto to Montreal, Winnipeg, The Hague, Palo Alto and Singapore – with Kiev, Austin, London and Paris upcoming. For all this we have to thank our many thousands of readers – in all our languages – around the world, in print and online, our terrific masthead team, and our wonderful partners at the Glendon School of Public and International Affairs in Toronto.

Our theme this issue speaks for itself – almost: there are, at the highest levels, no angels in international affairs and the broader rivalry and comedy of humanity. So much the better. For major projects (ends) require major strategy, creativity, shrewdness and, of course, luck. And still these may all end in tears. But tears are guaranteed if the right means – mental and material alike – are not in place. In this new century, this logic applies as much to the governance and survival of states as it does to the success of firms and even individuals fighting in support of great – though improbable – ideas.

Brett House owns the One Pager spot in this issue, lamenting the opportunity missed by emerging markets to fix their houses and, further still, to change the world. He warns of their growing vulnerability to coming economic storms. In the first Feature, GB Editor-in-Chief Irvin Studin examines the ideas and approaches behind the new-century governance of the complex states of the former Soviet space – from Russia to Ukraine, through to Kazakhstan and Armenia. The University of Ottawa’s Peter Jones assesses whether the Arab Spring has had its day, arguing that it has in fact only just begun, and is being driven by three transformative forces (and not in all cases toward democracy). French analyst Georgiy Voloshin looks at the nature and prospects of the Russia-led Eurasian Union, positing that it is a far cry from any reconstitution of the former USSR. The University of British Columbia’s Michael Byers returns to GB to make the case that the Arctic is a sui generis incubator for 21st century great-power cooperation and the formation of key norms of international behaviour that may be transferable to other difficult theatres. Finally, Irvin Studin writes that Canada will – indeed, may have no better choice but to become – the West’s second largest and most important state by century’s end. He suggests that the world will be better for this evolution of the Canadian project, much of which will have to be psychological and cultural.

In Tête à Tête, GB picks the brain of John E. McLaughlin, former acting director of the CIA, to better understand and identify the sources of the micro- and macro-instability that even the world’s shrewdest governors will have to navigate in the coming two decades. GB tackles the ever-vexed Quebec question (what is it this century?) and its national and international implications with former Quebec premier Jean Charest.

In Nez à Nez, John Duncan of Trinity College, University of Toronto, exchanges with the Cohen Group’s Daniel P. Fata over the fate of post-2014 Afghanistan.

In The Definition, we ask Harvard’s Richard Rosecrance, Stanford’s Hsiao-ting Lin and Barthélémy Courmont of South Korea’s Hallym University to speak to the Middle Kingdom’s chief strengths. And we anticipate Egypt in the year 2020 in Strategic Futures with American University in Cairo’s Laila El Baradei, Egyptian analyst Bassem Sabry and Lebanese blogger Wissam Syriany. In Situ reports come to us from GB’s managing editor Sam Sasan Shoamanesh in Tehran, where a historic opening may have presented itself in Iran-US relations, and from Johannesburg, where Washington DC-based economist François Boutin-Dufresne frets for the state of South Africa in the buildup to the 2014 presidential election and in the general post-Mandela world. GB insinuates itself into Finland’s Cabinet Room to observe the Finns plotting to reclaim the Nobel Peace Prize. In Board Room (a new GB department), GB listens in on Gazprom’s elite praising Putin’s pugilistic prose. George Elliott Clarke, Toronto’s poet laureate, closes the book in Epigram.