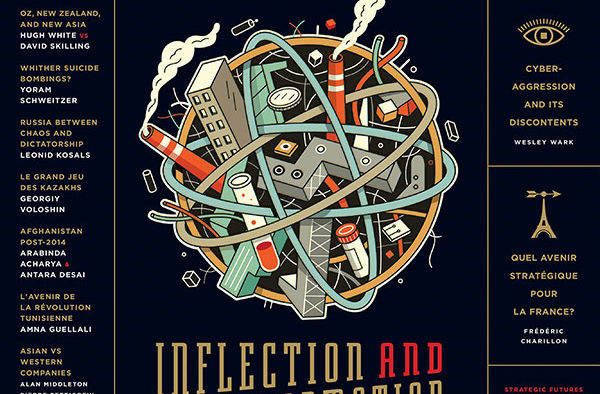 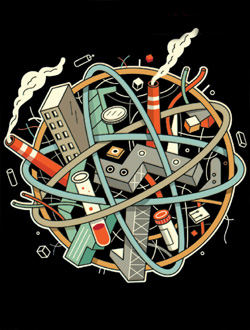 In the throes of crisis, the future may not be apparent

Human genius, folly, tipping points, and where the dust will settle

The consequences of the global crisis – whether one describes it as economic, financial, monetary, fiscal, moral or even strategic – have been momentous. From the collapse of global banking systems to deep recessions and near-depressions in most of the world’s advanced economies, to the existential brinkmanship of the Eurozone, the crisis has laid bare the momentum (and fault lines) of China’s rise, the upper limits of the West’s capacity for strategic extroversion (including in Syria), and the total absence of manifest destiny in the political progress of transitional states in the Middle East, Africa and the former Soviet space.

In the physical world, each action begets an equal and opposite reaction. In the politico-strategic world, each action begets one or more over-, under- or proportional reactions, the competence of which is highly variable. What has been historically apposite is less the individual reactions than the accumulation over time of dozens of major and minor reactions from a mixity of players, resulting in tendencies that create momentum for a new order, a new legitimacy, and a new conventional wisdom. The ‘fog of crisis’ and the micro- and macro-steps issuing in this new reality are what exercise us in this Fall 2012 issue of GB – the first issue of GB’s fourth year. For while the coming future is not at present describable, we will, as a rule, get there. What is more interesting is that we are already preparing the groundwork.

Sujit Choudhry of New York University’s School of Law jump-starts this number in the One Pager, arguing that there is an urgent need to reconcile the ‘democracy’ and ‘stability’ schools of constitutional transformation in order that the in-demand field of constitution-building not founder under the weight of conceptual confusion. Geoff Mulgan of the UK’s National Endowment for Science, Technology and the Arts leads off our Features section by proposing that we are already in the midst of transforming many of the systems that govern humanity – from energy to health care, to transport, food and government – even if we may not yet realize it. GB’s Managing Editor Sam Sasan Shoamanesh then makes the case for the creation of a region-wide security framework for the Middle East – the last remaining region of the world without such a framework – in order to stave off imminent war and stabilize the region for this new century. Wesley Wark of the University of Toronto’s Munk School of Global Affairs takes on the growth of so-called ‘cyber-aggression’ – cyber-war, cyber-terrorism, cyber-crime and cyber-espionage – cutting through definitional morass in order to distill where the biggest dangers lie and where governments and the private sector ought to invest their resources. Frédéric Charillon of Paris’ Institut de recherches stratégiques de l’École militaire examines the strategic future of France, demonstrating that it will remain a global power – although not a superpower – in the decades to come. Finally, Leonid Kosals of Moscow’s Higher School of Economics warns of imminent systemic crisis in Russia, and weighs the prospects of escaping that country’s historical swings between chaos and dictatorship.

In Tête à Tête, GB speaks with Kishore Mahbubani, Dean of the Asia-leading Lee Kuan Yew School of Public Policy, about the content of Asia’s rise and the imperatives for intelligent reaction from ‘the rest.’ GB interviews Martin Wolf of the Financial Times about the highly variegated character of the fallout from the economic crisis, and what is yet to be done to get to a ‘new normal.’ In Query, Arabinda Acharya of Nanyang Technological University’s S. Rajaratnam School of International Studies, and Antara Desai of India’s Manipal University, accentuate Kabul’s responsibility for the fate of post-2014 Afghanistan. Yoram Schweitzer of the University of Tel Aviv’s Institute for National Security Studies assesses the future of suicide bombings as an increasingly popular and effective tool in a variety of early-century conflicts. In Nez à Nez, former Australian deputy secretary of defence Hugh White and David Skilling of the Landfall Strategy Group debate whether Australia and New Zealand are prepared for a more powerful Asian continent. In The Definition, we ask Alan Middleton of the Schulich School of Business, Tommy Koh, Singapore’s Ambassador-At-Large, and Pierre Pettigrew, Executive Adviser at Deloitte, to describe today’s differences between businesses in Asia and the West. In Strategic Futures, Mark Stabile of the University of Toronto’s School of Public Policy and Governance, Mark Fitzpatrick of the International Institute for Strategic Studies, and Reza Marashi of the National Iranian American Council flag the most important question to be answered by the next President of the US. In Situ reports come to us from Georgiy Voloshin in Astana, where Kazakhstan continues to play a complex, ‘multi-vector’ game; and from Amna Guellali in Tunis, where Tunisia’s revolution hangs precariously in the balance. GB visits Quito to eavesdrop on the Cabinet Room of Ecuador’s Rafael Correa. Douglas Glover gives us a lesson in history repeating in Epigram. 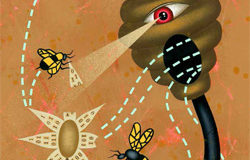