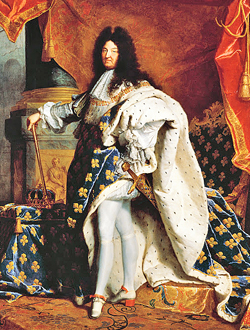 Why the State as organizing framework remains stable, while the people it serves may be (made) vulnerable

The media buzzwords, globalization and failed states, capture the obvious trends. The UN, the ICJ, the ICC and corporations with financial resources larger than many states seem to point in the direction of a unified world, the dream of the Catholic Church (also the Communist Party and the End of History fantasists who trumpeted the world-wide hegemony of liberal democracy after the fall of the Soviet Union). The counter-trend is entropic, the Somalia Syndrome, the proliferation of states so enfeebled as to be unable to defend themselves, collect taxes, or provide services for their citizens.

The state is a way of organizing human behaviour by establishing boundaries, laws and identities. Before states, there were hunting bands with loosely defined territories and ways of interacting with other bands that mostly involved exchanging women and occasionally pitching spears at one another. This stateless state of affairs easily lasted 50,000 years or more; the farthest back that we can find anything resembling a state is the city kingdoms of the Fertile Crescent. It is not clear that states will match the longevity of the hunting band.

The modern state is an idea bequeathed to us by the Enlightenment, when we thought that reason was going to make everything better – a view tarnished in the light of a history littered with world wars, genocides and weapons of mass destruction. The state is a word that looks confident in a sentence – flourishing meaning with a sententious ring – but turns spongy when one peers closely and notes the inherent contradictions. The most obvious contradiction is the state’s yearning for order and universality as it strives to accommodate the whims of individuals. Hegel tied himself in knots trying to model this: the state as spirit (like God) and an expression of the universal will to which right-minded, moral people would always bend their individual wills (think: angels in Heaven singing Gregorian chants, difference in harmony).

States have nothing to do with particular forms of government. The classical Greeks had city-states: some were quasi-democratic (limited suffrage), some were tyrannical. Iran is a quasi-democratic theocracy. China makes do with an undemocratic oligarchy. The liberal democracies of the West like to see themselves as the true heirs of the Enlightenment, because they are all so reasonable. Rousseau’s ‘social contract’ particularly commends itself to the liberal imagination, with its genial implication that we all agreed to live the way we live, when in fact membership in a state is seldom a matter of choice – as many Mexicans who try to sign the American social contract find out.

The threat of violence is at the heart of every state. States have armies and police departments; civil society does not. We have words for people who cannot function in a state: criminals, psychopaths, lunatics, terrorists, rebels and illegal immigrants. But, by and large, states do a satisfactory job, through education and media indoctrination, of training citizens to behave properly. Citizens are even taught the options and limits of dissent, which gives them a warm feeling of righteous empowerment.

States are intimately connected with certain technologies. The rise of Sumer coincided with the invention of writing, which allowed bureaucrats to count people, regulate economies, levy taxes and codify laws – four essential activities of states. The birth of the modern state coincided with the invention of printing and the capacity to store large amounts of data about citizens and money; hence the advent of capitalism – which seems conspicuously symbiotic with the state – and the accelerating convergence of the political class and the business class.

A third, dark possibility for the future state emerges with the invention of computers and digital storage. We see evidence in advanced states of legislative paralysis, the frenzied churning of virtual money to create wealth for fewer and fewer people, a steady accumulation of computer surveillance coupled with a decrease in privacy and social mobility, and an increase in state-sponsored corruption (as tax, subsidy and campaign finance laws become increasingly complex and phantasmal), coupled with a dwindling tax base.

The middle class – the traditional core of the modern state – is under assault, not from economic austerity or investment bubbles, but as a legitimate mode of existence, a way of being, because it (like that other Enlightenment concept, the self) may not be useful to the coming state (think: pilotless drones). The result is cynicism and despair, recession suicides in Europe, desperate acts of internal terrorism, and plummeting birthrates in mature world economies – a trend toward, not stateless people, but people-less states – a ghostly, penumbral future that we might all wish to avoid.

Russia and the EU Race to Modernize
TATIANA ROMANOVA June 7, 2012